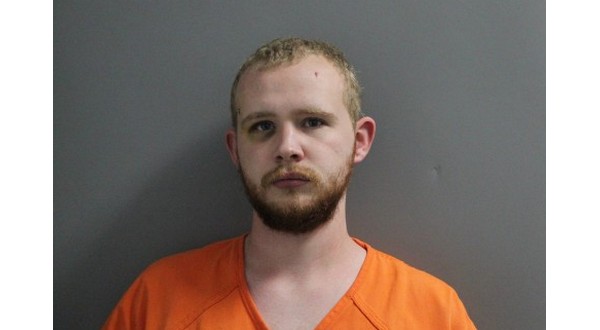 The probable cause affidavit for the arrest of a Jefferson City, Mo., man sheds more light on the recent death of a Salem teenager.
Nineteen-year-old Travis Eugene Barker was arrested Friday by Salem police and charged with first-degree murder in the death of 19-year-old Davidlee Allen Kane Stansbury. Twenty-year-old Jacoby Auston Goehler of Salem has also been charged with first-degree murder in the case, and 41-year-old Jennifer Harnden of Salem, Goehler’s mother, is charged with conspiracy to commit murder in the first degree, a Class A felony.
After being arrested Friday, Barker was charged with first-degree murder Monday. During questioning, he reportedly told authorities that Goehler shot Stansbury in revenge for allegedly raping one of Goehler’s relatives.
Stansbury was last seen alive being picked up by a light-colored pickup truck at his house around 4 a.m. on the morning of April 23 and was reported missing that evening after he failed to return home. Stansbury’s father told authorities that Stansbury had received a phone call and several electronic messages from Goehler asking for help in moving a trailer in Viola.
Stansbury’s body was located April 26 a half-mile west of Republican Road in northern Fulton County.
On the evening of April 23, law enforcement received a call from a military noncommissioned officer reporting that Goehler had called him stating that he had killed someone and wanted a military attorney. Goehler’s wife was interviewed, and she told authorizes that Goehler has allegedly told her he had killed Stansbury for a rape he believed Stansbury had committed.
On April 26, Barker was interviewed in Jefferson City and reportedly told authorities that Goehler showed him a text that he had received from his mother about wanting to kill Stansbury for the alleged rape of a relative.
On May 14, an inmate at the Fulton County Jail told authorities that Goehler had been bragging about killing Stansbury, and that Barker had been involved.
On Friday, authorities learned that Barker was visiting Salem and was re-interviewed by law enforcement. Barker reportedly told authorities that Goehler had told him that he knew Stansbury had raped his family member, and that Goehler had been talking for a month that he was going to kill Stansbury.
Barker told authorities that Barker has asked him about a hatchet, and that he instead gave Goehler a 9mm pistol because he thought “it would be less painful and quick.” Barker reportedly told Goehler about the property he used to live on off Republican Road and suggested that location for the killing because it was desolate and not very well traveled.
While driving from Jefferson City to Salem, Barker said Goehler texted Stansbury on Snapchat asking for his help with a drug deal.
Barker was reportedly dropped off at the location off Republican Road and hid in the barn while Goehler picked Stansbury up. When Goehler and Stansbury arrived at the property, Barker said that as Goehler and Stansbury exited Goehler’s pickup, Goehler grabbed the pistol and racked it.
Goehler and Barker then allegedly walked Stansbury into the woods. Barker told authorities Stansbury was asked multiple times about the alleged rape but denied it. Goehler then allegedly pulled the pistol out of his waistband, shooting Stansbury in the hand. Goehler then allegedly shot Stansbury twice in the head.
On the way back to Jefferson City, Barker said he disassembled the pistol and threw the parts out at different locations along the way. The two also allegedly burned the gloves they were wearing and told Harnden what had happened.
WebReadyTM Powered by WireReady® NSI

In an effort to better represent the needs and interests of all area residents, a member of Representative Vicky Hartzler’s staff, Lauren Mann, will be available at the St. Clair County Courthouse to … END_OF_DOCUMENT_TOKEN_TO_BE_REPLACED

Demand for e-commerce options in retail was already growing before the pandemic, but growth in the sector accelerated during COVID-19, pushing retailers to embrace new shopping methods to reach … END_OF_DOCUMENT_TOKEN_TO_BE_REPLACED

There is no doubt that business ownership can be a messy experience full of hurdles to overcome on a daily, weekly and yearly basis. But do you find yourself running into the same hurdles over and … END_OF_DOCUMENT_TOKEN_TO_BE_REPLACED