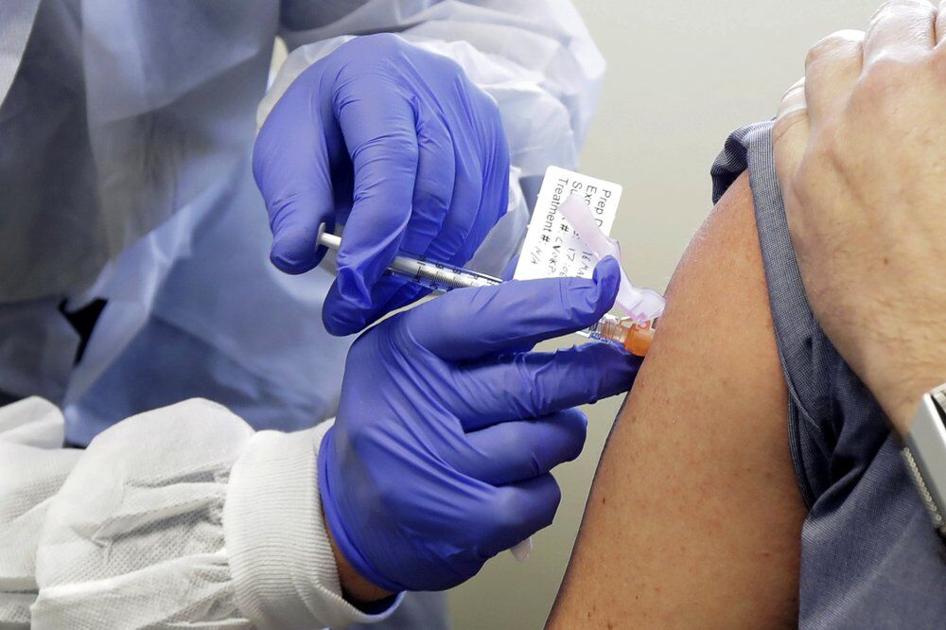 (The Center Square) – All adults in Missouri will be eligible to receive a COVID-19 vaccination beginning Friday, April 9, due to projected increases in vaccine supplies.

“The federal government has informed us that COVID-19 vaccine allotments to Missouri are projected to increase significantly by the first week of April,” Gov. Mike Parsons announced during a briefing at the State Capitol last week. “Supply projections are subject to change, but it is critical that we start preparing for this potential influx and ensure there is a consistent number of people who are eligible and interested in receiving a vaccine.”

Phase 2 of Missouri’s plan will begin on Monday, March 29, and will make eligible approximately 800,000 Missourians working in construction, critical manufacturing, higher education, and the remaining food and agricultural sectors not eligible during earlier phases. Homeless populations and other racial and ethnic minorities disproportionately affected by the virus also will be eligible.

Eligibility will increase to an estimated 1.1 million people when Phase 3 is opened to all Missouri adults on April 9. With all phases open, more than 4.5 million Missourians will be eligible for a vaccine.

More than 25 percent of Missourians received a vaccination and approximately 50 percent of those age 65 and older were vaccinated as of last week, according to the governor’s office. Populations in earlier phases and tiers will continue to be eligible as other phases begin.

Along with the announcement of the availability, state officials are continuing efforts to convince citizens of the safety and effectiveness of the vaccine. There also may be concerns about side effects and other risks.

“To me, it always comes down to a matter of trust,” said Dr. Randall W. Williams, director of the Missouri Department of Health and Senior Services. “I’ve been practicing medicine for 30 years and when it comes to those issues, it depends on whether you trust the one giving you the message. That’s why we think it’s important to have relationships with your [health care] provider, clergy, the people you worship with, or local leaders. We’re going to be very focused on this.”

The announcement came one day before more than 8,000 were vaccinated during a two-day event at Arrowhead Stadium in Kansas City. Parsons announced state-sponsored vaccination events in the St. Louis area on March 25-27. Nearly 18,000 are expected to be vaccinated during the three-day event.

When the vaccine first became available, high demand in urban and suburban areas led thousands to travel to rural areas to gain access. Parsons defended the vaccination plan, developed last October. It was calibrated for limited supplies as sometimes only 2,000 doses per day were available throughout the state. He predicted the availability of more than 250,000 doses per week by the end of March and more than 500,000 by the end of April.

“We knew from day one the vaccines would be very limited,” Parsons said. “We went out into all the regions when we first started and then as the vaccine (amount) expands, we can move the (supply) around to where you need it more. We know St. Louis and Kansas City were going to take much longer than a county of 30,000.”

LAKE OZARK, Mo. (AP) — Two men from Jefferson City have been charged in the death of a man at the Lake of the Ozarks over Memorial Day weekend. Craig Hawkins Jr., 23, was charged Thursday with … END_OF_DOCUMENT_TOKEN_TO_BE_REPLACED

Mueller Furniture owner Mark Mueller cuts the ribbon at the fourth-generation retailer’s newest store in Ellisville, Mo., a suburb of St. Louis. BELLEVILLE, Ill. — With locations on the eastern and … END_OF_DOCUMENT_TOKEN_TO_BE_REPLACED

Children and their families made memories petting animals, learning how to milk a cow and playing in tubs of corn and soybeans Thursday morning at the Jefferson City Jaycees Cole County Fair. Cole … END_OF_DOCUMENT_TOKEN_TO_BE_REPLACED

"I was afraid to go back to school, so I told my parents I wanted to get a vaccine," said 13-year-old, Addison Cousins ST. LOUIS — In February, Toni Cousins' husband got … END_OF_DOCUMENT_TOKEN_TO_BE_REPLACED

A Jefferson City man was charged Wednesday after a chase with authorities.Darryl Mallory, 29, is charged with forgery, fraudulent use of a credit device and resisting a lawful detention.A Jefferson … END_OF_DOCUMENT_TOKEN_TO_BE_REPLACED