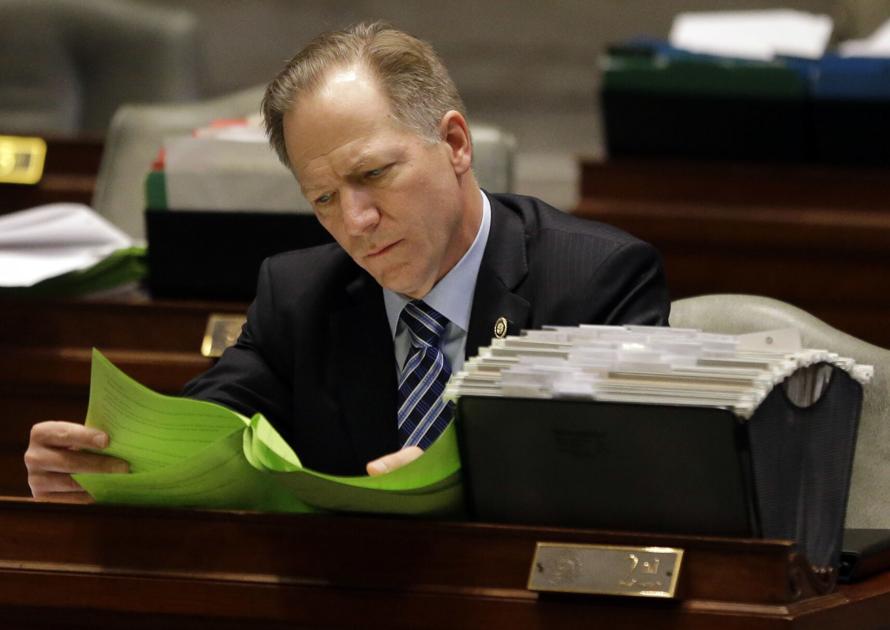 (The Center Square) – With the House’s proposed budget defunding the Medicaid expansion approved by Missouri voters in August, conservative senators are attempting to attach abortion prohibitions to taxes hospitals pay, potentially endangering billions in Medicaid funding for the state.

The FRA is primarily funded by state hospitals and nursing homes to cover much of the state’s share in Medicaid funding. The FRA paid nearly 80 percent of the nearly $11 billion it cost last year to finance Missouri’s Medicaid program.

The routine FRA extension under SB 1 will allow the Missouri Department of Health & Senior Services (DHSS) to collect approximately $1.28 billion in hospital taxes in Fiscal Year 2022 (FY22), which begins July 1, and in FY23. Those revenues will draw approximately $2.4 billion in federal funds each year to the state.

Tuesday marked the third time SB 1 had been placed on the floor by Senate Appropriations chair Sen. Dan Hegeman, R-Cosby, and third time it was set aside by an amendment.

On March 25 in a 21-12 vote, senators adopted an amendment to SB 1 filed by Sen. Paul Wieland, R-Imperial, to not allow Medicaid payments for “contractive procedures, including abortions (unless the life of the mother was endangered)” or “any drug or device that may cause the destruction of, or prevent the implantation of, an unborn child.”

On Monday, Hegeman introduced SB 1 onto the floor without Wieland’s amendment, sparking a floor fracas. On Tuesday, he placed SB 1 on the informal calendar for perfection debate with Wieland’s amendment changed to read the prohibition would be invalid if it meant Missouri would be non-compliant with federal regulations.

“I think we have reached a consensus on a way to move forward on this,” Hegeman said after his amendmentextending the FRA for two years rather than one was adopted.

Wieland agreed. “I think it is a good compromise,” he said.

But Sen. Bob Onder, R-Lake St. Louis, questioned the compromise, which Wieland said served his purpose because federal law already bars the use of federal Medicaid funds to pay for abortions, as does Missouri law.

“That amendment is not going to disrupt any Medicaid funding at all,” Wieland said. “There is not that jeopardy that the world is going to end.”

Nevertheless, Onder proposed another amendment that insists “no funds shall be expended to any abortion facility.”

Onder’s amendment targets Planned Parenthood’s status as a provider of Medicaid-funded services and June’s Missouri Supreme Court ruling that warned lawmakers they cannot use appropriation bills — such as SB 1 — to bar Planned Parenthood from being a Medicaid provider because some of its clinics offer abortions.

However, the $34 billion budget approved by the House and sent to the Senate does not include $130 million in state funds to get the federal match to pay for Medicaid expansion.

The Senate Appropriations Committee this week begins deliberating the House budget, which must be on Parson’s desk by May 7.

(The Center Square) – A year after Democrat auditor Nicole Galloway’s audit revealed an employee stole $316,887 from the city of Center in northeast Missouri, a follow-up report found only slight … END_OF_DOCUMENT_TOKEN_TO_BE_REPLACED

JEFFERSON CITY, Mo. – The average number of COVID-19 cases is at a seven-week low. The 7-day rolling average for cases in Missouri sits at 1,387; yesterday, it was 1,435. Exactly one month ago, the … END_OF_DOCUMENT_TOKEN_TO_BE_REPLACED

Chad Niezing of Manchester captured the title Sunday in the Missouri Mid-Amateur Championship at Jefferson City Country Club. Niezing opened with a 67 on Saturday before carding a 70 on Sunday to win … END_OF_DOCUMENT_TOKEN_TO_BE_REPLACED

Terri Blevins, 44, registers for help at an event sponsored by the city of St. Louis with the Metropolitan St. Louis Equal Housing and Opportunity Council to assist people with filing their … END_OF_DOCUMENT_TOKEN_TO_BE_REPLACED