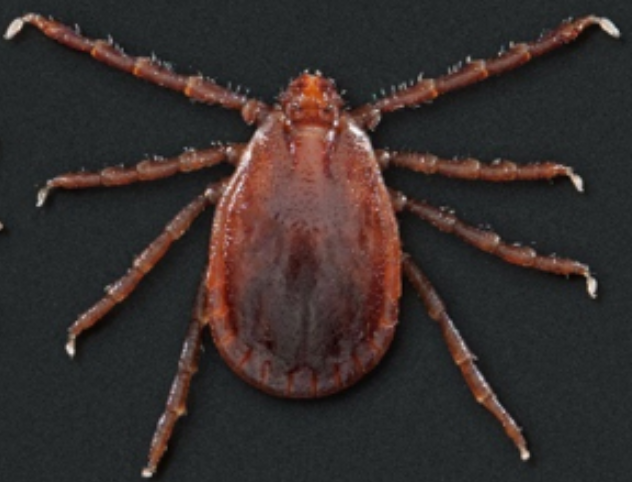 JEFFERSON CITY, Mo. – The Asian long-horned tick has been confirmed in the state. The tick is less attracted to human skin and poses a bigger threat to livestock.

The department says the Asian long-horned tick is light brown and very small. The tick can sometimes be smaller than a sesame seed.

The CDC says this species is unlike others because a single female Asian long-horned tick can produce as many as 1,000 offspring at a time without mating. The department says that means an individual animal could host thousands of ticks.

How to protect yourself during tick season

“If you contrast that with the typical tick we’re used to seeing on our pets, or livestock, or ourselves, that are about the size of a pencil eraser. These are a lot smaller and harder to see, but the other thing about them is that they reproduce rapidly.”

Asian long-horned females can lay several thousand eggs and reproduce without mating. Pets, livestock, wildlife, and people are most at risk.

“The fact that they’re so small they go unnoticed for quite a while,” Dewell said.

“So, we don’t get to see these easily observed ticks. You have to stop and look at your animals really closely to see if they have sesame seed-sized ticks crawling on them. So, they’re easy to miss.”

The ticks, native to East Asia are likely to have come to the United States in 2017 aboard a ship where cattle were being moved.

It’s recommended to use repellent such as DEET, for your animals maintaining flea and tick medicine, and for livestock producers, trimming grass in and around pastures.

“We’ve definitely seen more of the common ticks we typically see the deer ticks and brown dog ticks, those are more prevalent as well,” Dewell said.

“We’re seeing these Asian longhorn ticks spreading, typically in the Eastern U.S. It’s been found in Arkansas and Missouri as well.  It’s slowly getting across the U.S. and something we need to watch out for as we get into late summer.”

Missouri is now the 16th state with this species.

(The Center Square) – A year after Democrat auditor Nicole Galloway’s audit revealed an employee stole $316,887 from the city of Center in northeast Missouri, a follow-up report found only slight … END_OF_DOCUMENT_TOKEN_TO_BE_REPLACED

JEFFERSON CITY, Mo. – The average number of COVID-19 cases is at a seven-week low. The 7-day rolling average for cases in Missouri sits at 1,387; yesterday, it was 1,435. Exactly one month ago, the … END_OF_DOCUMENT_TOKEN_TO_BE_REPLACED

Chad Niezing of Manchester captured the title Sunday in the Missouri Mid-Amateur Championship at Jefferson City Country Club. Niezing opened with a 67 on Saturday before carding a 70 on Sunday to win … END_OF_DOCUMENT_TOKEN_TO_BE_REPLACED

Terri Blevins, 44, registers for help at an event sponsored by the city of St. Louis with the Metropolitan St. Louis Equal Housing and Opportunity Council to assist people with filing their … END_OF_DOCUMENT_TOKEN_TO_BE_REPLACED