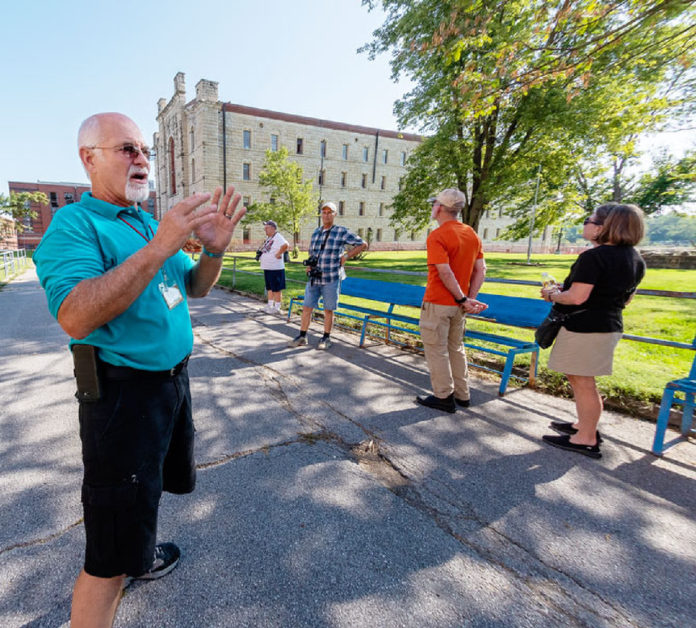 The Jefferson City Convention and Visitors Bureau (CVB) saw a small increase in revenue during 2020, but still ran a deficit in its general fund.
Lindsay Graves, with Graves & Associates, presented the 2020 audit report at Monday’s meeting, and said the organization’s general revenue was up about 10 percent from 2019. In 2020, the organization’s revenue was $1.06 million compared to 2019, when it was $968,000.
However, the organization still ran a general fund deficit for the year. She said lodging tax revenue took the largest hit in 2020. It was down by about 30 percent from 2019, or roughly $174,000.
“Of course, we know travel was restricted (due to the pandemic) and those sorts of things during 2020,” she said.
But revenue from Missouri State Penitentiary tours and promotional items was a bright spot in the year, she said. Revenue was up by more than $100,000 in 2020 even with tours put on hold in April. About 71 percent of CVB’s revenue comes from MSP tours and promotional items, Graves said.
CVB also received $223,360 in CARES Act funding in 2020.
The organization’s overall expenses were up by about 17 percent in 2020, Graves said, from $965,000 to $1.1 million.
The bulk of that increase was in marketing expenses, about $139,000, but increases were also seen in salaries, administrative costs, contracted services and capital outlay.
CVB ended 2020 with an $85,385 deficit in its general fund. In 2019, it ended the year with an $11,510 deficit.
Graves said the organization is in a good financial place with about $1.2 million in reserves available to offset deficits. Generally, she recommends organizations have about four to six months worth of expenses in reserves; CVB has around 16 months worth, she said.
So far in 2021, prison tour ticket sales are exceeding the projected budget by more than $39,000, according to financial reports.
The lodging tax is slightly behind anticipated budget, by about $12,400, without considering May sales, said Carol Burkhead, of Burkhead & Associates. So far, May lodging tax sales are around $6,000 over budget.

A Jefferson City woman died Saturday after she was thrown out of a boat as it was traveling along the Missouri River.Tanna R. Henson, 48, was pronounced dead at 11:10 p.m. at University Hospital in … END_OF_DOCUMENT_TOKEN_TO_BE_REPLACED

JEFFERSON CITY, Mo. (AP) – Missouri is at risk of losing $4.5 billion in tax revenue and federal funding for Medicaid because of a fight between lawmakers over contraceptives.At issue is a state tax … END_OF_DOCUMENT_TOKEN_TO_BE_REPLACED