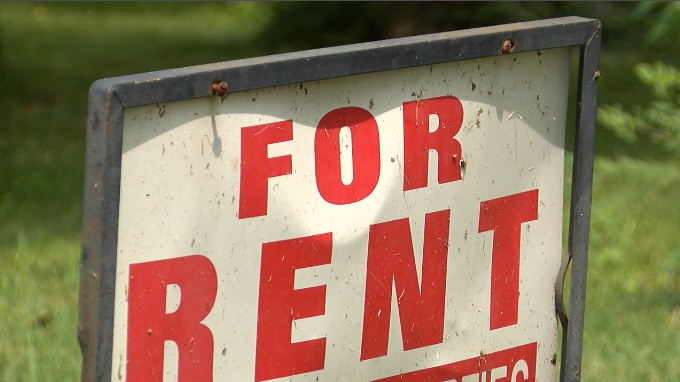 The ban on evictions in the United States was reinstated Tuesday evening by the Centers for Disease Control and Prevention. Three days earlier, the previous eviction ban expired after a failed vote in the U.S. Congress.

The new eviction moratorium is in effect until Oct. 3. It covers 90% of the country experiencing what the CDC calls “substantial transmission,” and efforts largely quote the highly contagious delta variant.

In Missouri, court-ordered evictions are enforced by the county sheriff’s office. Brian Leer with the Boone County Sheriff told ABC 17 News they’ve still had evictions, but it’s difficult to determine if it’s more or less than there would be without the moratorium.

“In 2019 we had roughly about 40 evictions that we were receiving each month,” Leer said. “And so absent COVID, absent any kind of moratorium that’s probably what we look like on an average year around this time. But, with things in play, we really don’t know.”

Evictions will still happen because there are several exceptions to the moratorium. The exceptions are when a resident is threatening the health or safety of other residents, property damage and violating the building code or health codes.

“So really, the covered person is covered when they don’t pay the rent,” Leer said. “But it allows for several other types of evictions for various other violations.”

The City of Columbia is receiving $2 million in rental assistance, according to a press release from Columbia/Boone County Public Health and Human Services. To receive the assistance, renters have to fill out a CDC designation and give it to their landlord.

Denise McCorkle, current president of the Jefferson City Board of Realtors, said the federal assistance that should be given out with the eviction ban is not making into the hands of those who deserve it.

“What’s troublesome about extending this moratorium is the lack of administration behind how those funds are being distributed,” McCorkle said.

There is nearly $45 billion in federal aid that has not yet been designated to anyone by congress. President Biden told CNN they’ll likely give the aid to renters for monthly expenses they’re behind on, but McCorkle argues there should be some way to ensure the money is spent on rent.

Resources for Columbia and Boone County residents can be found online here, and other counties can find more information here.

(The Center Square) – A year after Democrat auditor Nicole Galloway’s audit revealed an employee stole $316,887 from the city of Center in northeast Missouri, a follow-up report found only slight … END_OF_DOCUMENT_TOKEN_TO_BE_REPLACED

JEFFERSON CITY, Mo. – The average number of COVID-19 cases is at a seven-week low. The 7-day rolling average for cases in Missouri sits at 1,387; yesterday, it was 1,435. Exactly one month ago, the … END_OF_DOCUMENT_TOKEN_TO_BE_REPLACED

Chad Niezing of Manchester captured the title Sunday in the Missouri Mid-Amateur Championship at Jefferson City Country Club. Niezing opened with a 67 on Saturday before carding a 70 on Sunday to win … END_OF_DOCUMENT_TOKEN_TO_BE_REPLACED

Terri Blevins, 44, registers for help at an event sponsored by the city of St. Louis with the Metropolitan St. Louis Equal Housing and Opportunity Council to assist people with filing their … END_OF_DOCUMENT_TOKEN_TO_BE_REPLACED