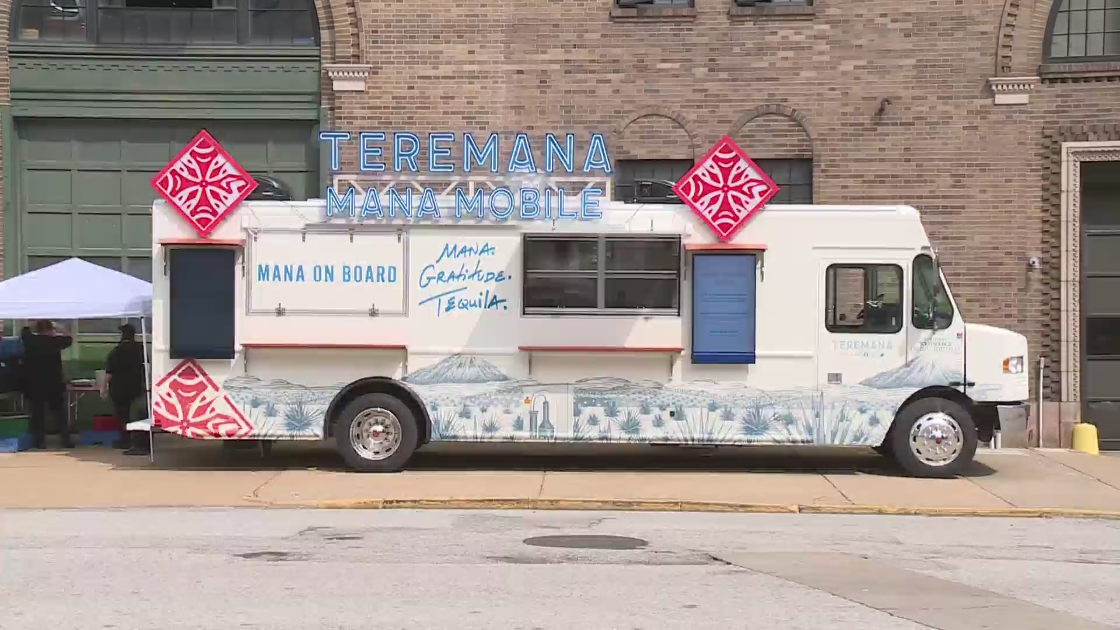 ST. LOUIS – Dwayne “The Rock” Johnson’s Mana Mobile food truck is making a few stops in St. Louis as part of a nationwide tour to celebrate first responders. Thursday afternoon it was parked at the fire station downtown.

The Rock’s food truck pulled up a little before 4 p.m. Firefighters at St. Louis Fire Department House No. 2 have been enjoying the complimentary tacos.

This is all part of The Great American Mana Mobile Road Trip where they are making stops in towns, communities, and cities across the country. Stops include military bases, firehouses, and hospitals to show gratitude to our first responders. Also along the way, the Mana Mobile will be stopping at main streets across America to help encourage people to support local businesses, many of which have been hit hard by the pandemic.

This is all in an effort to bring people together and spread joy across the country.

Captain Leon Whitener with the St. Louis Fire Department said that they are grateful to Dwayne “The Rock” Johnson and his food truck, especially after the tough year and a half they’ve had facing the pandemic and quarantining away from their families due to all of the exposure they’ve had to Covid.

After the stop at the fire station, the food truck will be pulling up to Mercy Hospital St. Louis at 9 p.m. to serve The Rock’s favorite French toast to the staff there.

(The Center Square) – A year after Democrat auditor Nicole Galloway’s audit revealed an employee stole $316,887 from the city of Center in northeast Missouri, a follow-up report found only slight … END_OF_DOCUMENT_TOKEN_TO_BE_REPLACED

JEFFERSON CITY, Mo. – The average number of COVID-19 cases is at a seven-week low. The 7-day rolling average for cases in Missouri sits at 1,387; yesterday, it was 1,435. Exactly one month ago, the … END_OF_DOCUMENT_TOKEN_TO_BE_REPLACED

Chad Niezing of Manchester captured the title Sunday in the Missouri Mid-Amateur Championship at Jefferson City Country Club. Niezing opened with a 67 on Saturday before carding a 70 on Sunday to win … END_OF_DOCUMENT_TOKEN_TO_BE_REPLACED

Terri Blevins, 44, registers for help at an event sponsored by the city of St. Louis with the Metropolitan St. Louis Equal Housing and Opportunity Council to assist people with filing their … END_OF_DOCUMENT_TOKEN_TO_BE_REPLACED