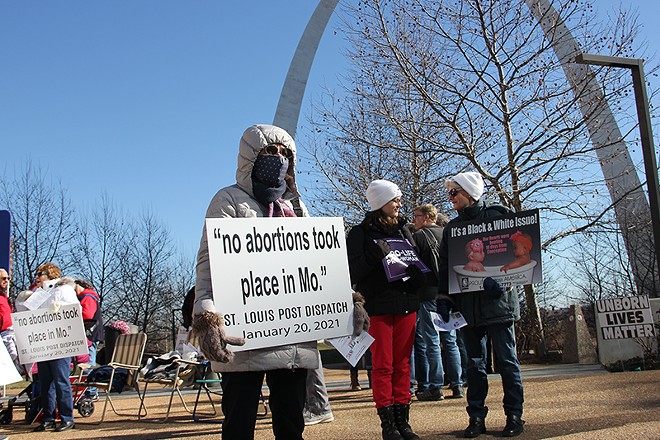 Less than 24 hours after the FDA announced it would lift the Trump-era ban on mailing the abortion pill, Illinois patients in the Metro East were already rescheduling their next appointments.

“We have folks who were incredibly grateful and excited to be able to stay at home and have their medications mailed to them directly,” says Dr. Colleen McNicholas, the chief medical officer for Planned Parenthood clinics in Missouri and Illinois — a role which spans two vastly different environments for abortion access.

In Illinois, the federal agency’s reversal means “that immediately folks can now have a true, direct-to-patient telemedicine abortion appointment with us,” McNicholas says, adding that it’s a particular gain for rural patients and the overall goal of “providing the abortion experience that people want and need.”

However, the FDA’s latest action “doesn’t help or move the needle at all” for Missouri patients, she says, and doesn’t change the predicament for those who live hundreds of miles from the state’s only abortion-providing clinic in St. Louis’ Central West End.

That’s because of Missouri’s commitment to making abortion access as cumbersome as possible. State law requires a physician to be physically present for all stages of the abortion process — even dispensing or administering a pill — which effectively bans telemedicine from abortion-related services. That ban extends even when those services don’t involve medical care.

Indeed, McNicholas says her Missouri patients have had to continue showing up in-person, during the pandemic, for “informed consent” meetings 72 hours before returning to the clinic to undergo a surgical procedure or receive an abortion pill. (The “informed consent” materials include a state-mandated booklet whose language echoes anti-abortion slogans like, “The life of each human being begins at conception,” and, “Abortion will terminate the life of a separate, unique, living human being.”)

“In Missouri, we couldn’t even do a telemedicine visit to do that first piece of the counseling process,” McNicholas says. “Throughout the pandemic, we were required to bring folks into our health center in the Central West End. There was no opportunity to use any piece of telemedicine.” 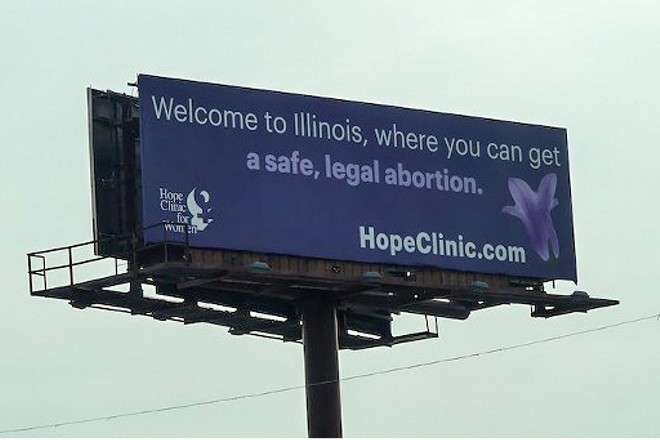 And while patients in Illinois are already embracing the option to receive the abortion pill by mail, it’s worth remembering that the opportunity isn’t a permanent one, but merely reinstatement of the previous exception enacted within the sweep of the FDA’s pandemic policy changes more than a year ago: As the FDA sought to reduce crowding in health centers last spring, it waived in-person requirements for prescriptions on normally restricted medications — a set that included mifepristone and misoprostol, the drugs which comprise the abortion pill.

The following months produced a back-and-forth legal battle between the Trump administration, which sued to have the abortion pill-by-mail ban reinstated, and medical groups like the American College of Obstetricians and Gynecologists, which argued that closing access to a pill-based medication by forcing patients to physically travel to a hospital or clinic was arbitrary and not supported by medical evidence.

The Trump administration’s legal challenge prevailed through an appeal to the Supreme Court, and in July the FDA policy restricting abortion-related telemedicine slammed back into place — that is, until January, when a few things changed in the White House.

On Monday, the Associated Press first reported on the letter sent to the American College of Obstetricians and Gynecologists by FDA acting commissioner Dr. Janet Woodcock. The letter announced the agency would no longer require visits with a doctor during the pandemic and that an agency review had found that allowing patients to obtain the pills without mandated in-person consultations “[does] not appear to show increases in serious safety concerns.”

In response, the obstetricians and gynecologists group praised the new FDA policy and blasted the previous restriction under Trump’s FDA, describing it as an unscientific policy that “does nothing to bolster the safety of an already-safe medicine.”

The group added that it supported making the policy change more than just a pandemic exception, but a permanent one that “governs post-pandemic care.”

Still, even if the federal government does expand telemedicine access to the abortion pill through the mail, state governments like Missouri have their own laws in place to ensure that every step of the process takes maximum time, effort and resources. Patients in Illinois can get the medical care that in Missouri can require missing work, arranging child care and driving hours to a clinic.

For McNicholas, the contrast between abortion access in the two states has never been more stark. She notes that her Missouri abortion patients often choose to transfer their procedures, whether medical or surgical, to the Planned Parenthood clinic in Fairview Heights, Illinois, where there is no requirement for a 72-hour waiting period or a mandated presentation of anti-abortion propaganda in the doctor’s office.

For now, the FDA’s new policy “is benefitting only a minority of people, and that’s a really crucial point” McNicholas continues. She says that despite many Missouri patients crossing into Illinois, others don’t have similar resources.

Those Missouri patients, she argues, are still waiting for action.

“While we are simultaneously celebrating the win and access for Illinois, there’s still so much work to be done in Missouri,” she says. “It’s important for us to keep our doors open, too.”

(The Center Square) – A year after Democrat auditor Nicole Galloway’s audit revealed an employee stole $316,887 from the city of Center in northeast Missouri, a follow-up report found only slight … END_OF_DOCUMENT_TOKEN_TO_BE_REPLACED

JEFFERSON CITY, Mo. – The average number of COVID-19 cases is at a seven-week low. The 7-day rolling average for cases in Missouri sits at 1,387; yesterday, it was 1,435. Exactly one month ago, the … END_OF_DOCUMENT_TOKEN_TO_BE_REPLACED

Chad Niezing of Manchester captured the title Sunday in the Missouri Mid-Amateur Championship at Jefferson City Country Club. Niezing opened with a 67 on Saturday before carding a 70 on Sunday to win … END_OF_DOCUMENT_TOKEN_TO_BE_REPLACED

Terri Blevins, 44, registers for help at an event sponsored by the city of St. Louis with the Metropolitan St. Louis Equal Housing and Opportunity Council to assist people with filing their … END_OF_DOCUMENT_TOKEN_TO_BE_REPLACED