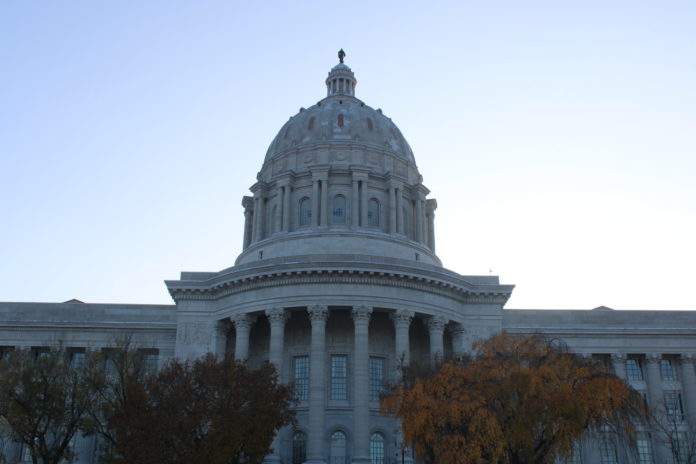 JEFFERSON CITY, Mo. — The Missouri House passed an amendment that would extend the state’s federal reimbursement allowance (FRA) through the next year.
SB 64 would enact a needle exchange program and enact various awareness days, weeks, and months for different afflictions as well as changes to ambulance districts. Other provisions were familiar to the legislature, including the RX Cares for Missouri program and requirements for jails and prisons to provide feminine hygiene products to inmates.
The bill’s sole amendment would extend the state’s FRA through the next year, among other provisions. The provision was quickly ushered to a vote via a previous question motion (PQ). Budget Chair Rep. Cody Smith proposed the amendment.
The FRA portion stalled out in the upper chamber last month after a fracas between members; it was taken up briefly the following week and was once more laid over.
The Senate discussed the move on the floor while awaiting other bills with Sens. Bob Onder and Paul Wieland decrying the issue. Wieland had attached amendments to the Senate version that would prohibit the use of tax dollars to pay for abortions while the House altered it without including strict anti-abortion language. Onder proposed an amendment banning the use of Medicaid funds for abortion services as well. The duo encouraged sponsor Sen. Holly Rehder to go to conference on the bill.
A provision on feminine care in prisons included an emergency clause. Rep. Phil Christofanelli moved tongue-in-cheek to adopt the clause, saying previous attempts at the language did not include one. Democrats rose in support of the clause, and it was adopted.
Other provisions would allow health information networks to disclose information in accordance with federal Health Insurance Portability and Accountability Act (HIPAA) laws and authorize pharmacists to administer HIV postexposure prophylaxis (PEP) drugs.
Cameron Gerber studied journalism at Lincoln University. Prior to Lincoln, he earned an associate’s degree from State Fair Community College. Cameron is a native of Eldon, Missouri.
Contact Cameron at cameron@themissouritimes.com.

In an effort to better represent the needs and interests of all area residents, a member of Representative Vicky Hartzler’s staff, Lauren Mann, will be available at the St. Clair County Courthouse to … END_OF_DOCUMENT_TOKEN_TO_BE_REPLACED

Demand for e-commerce options in retail was already growing before the pandemic, but growth in the sector accelerated during COVID-19, pushing retailers to embrace new shopping methods to reach … END_OF_DOCUMENT_TOKEN_TO_BE_REPLACED

There is no doubt that business ownership can be a messy experience full of hurdles to overcome on a daily, weekly and yearly basis. But do you find yourself running into the same hurdles over and … END_OF_DOCUMENT_TOKEN_TO_BE_REPLACED