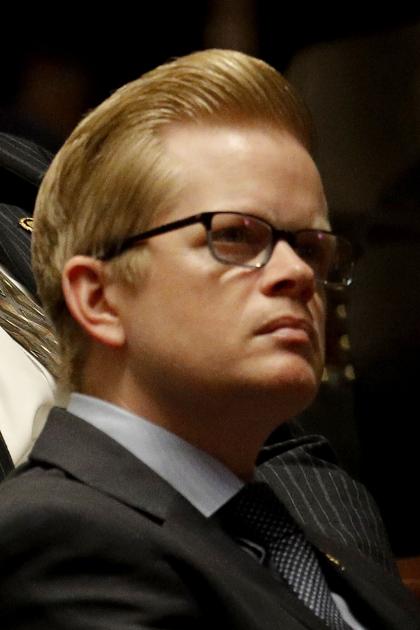 (The Center Square) – Key Republicans are lobbying fellow GOP lawmakers to nix an amendment attached to a Senate bill relating to Medicaid taxes hospitals pay that would bar the use of public money for “contraceptive treatments,” including abortion.

The amendment, filed by Sen Paul Wieland, R-Imperial, was attached to Hegeman’s Senate Bill 1, which would extend the Federal Reimbursement Allowance (FRA) for another year, in a 21-12 vote on March 25.

On Monday, Hegeman introduced SB 1 onto the Senate floor stripped of Wieland’s amendment, prompting a floor fracas – one of several among Senate Republicans Monday – that resulted in the bill being withdrawn.

SB 1’s FRA extension is a routine procedural measure that will allow the Missouri Department of Health and Senior Services (DHSS) to collect approximately $1.28 billion in hospital taxes in Fiscal Year 2022 (FY22), which begins July 1, and in FY23.

Those hospital tax revenues generated by the FRA exertion will, in turn, draw approximately $2.391 billion in federal funds each year to the state.

“We’ll get the FRA passed,” Rowden said, adding he’s been in talks with Wieland and others who support his amendment.

Schatz, R-Sullivan, said the need for the FRA extension is critical to adopting the state’s FY 22 budget that begins July 1. “We need to find a path forward,” he told reporters.

Medicaid funding has already been a heated source of contention during the 2021 legislative session with the House plunging forward with its plan to essentially “defund” Medicaid expansion voters approved in August.

The House Budget Committee on March 25 in a partisan 20-9 vote shot down House Bill 20, which sought to allocate $130 million in general revenue to secure $1.9 billion in federal funding to pay for Medicaid expansion for about 275,000 Missourians approved under Amendment 2.

Key Republican senators, including Hegeman, and Gov. Mike Parson maintain they will uphold the will of the people and restore the funding to the budget, which awaits a House floor vote and transmittal to the Senate by April 19. It must be on Gov. Mike Parson’s desk by May 7.

A lawsuit is likely with opponents claiming the state has no legal obligation to fund Medicaid expansion despite the adoption of Amendment 2.

A devout Catholic and longtime abortion foe, Wieland’s amendment would not allow Medicaid payments for “contraceptive procedures,” including abortions (unless the life of the mother was endangered) or “any drug or device … that may cause the destruction of, or prevent the implantation of, an unborn child.”

When Hegeman put SB 1 on the floor without the amendment Monday, Wieland accused him of chicanery.

“I have been waiting breathlessly for you to contact my office and for us to have this discussion, but apparently I’m not important enough for you to do that,” Wieland said. “Apparently your tactic – how to get this done – is to do it in the middle of the night without any discussion on my part.”

Hegeman withdrew his substitute SB 1 and said he would meet with Wieland this week, perhaps Tuesday, to discuss the amendment.

(The Center Square) – A year after Democrat auditor Nicole Galloway’s audit revealed an employee stole $316,887 from the city of Center in northeast Missouri, a follow-up report found only slight … END_OF_DOCUMENT_TOKEN_TO_BE_REPLACED

JEFFERSON CITY, Mo. – The average number of COVID-19 cases is at a seven-week low. The 7-day rolling average for cases in Missouri sits at 1,387; yesterday, it was 1,435. Exactly one month ago, the … END_OF_DOCUMENT_TOKEN_TO_BE_REPLACED

Chad Niezing of Manchester captured the title Sunday in the Missouri Mid-Amateur Championship at Jefferson City Country Club. Niezing opened with a 67 on Saturday before carding a 70 on Sunday to win … END_OF_DOCUMENT_TOKEN_TO_BE_REPLACED

Terri Blevins, 44, registers for help at an event sponsored by the city of St. Louis with the Metropolitan St. Louis Equal Housing and Opportunity Council to assist people with filing their … END_OF_DOCUMENT_TOKEN_TO_BE_REPLACED