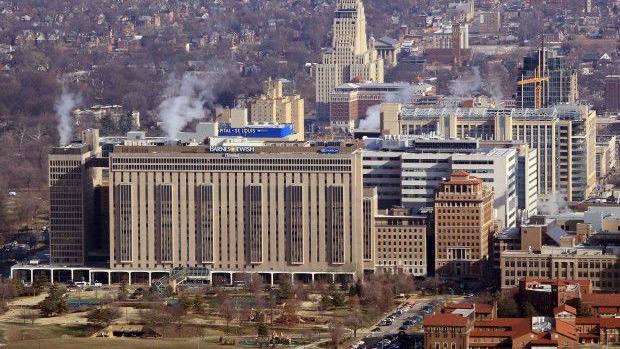 State payroll documents show the consulting firm Protiviti was hired in October to help support the Department of Labor and Industrial Relations’ call center and to process claims and appeals.Parson also hired the McChrystal Group to help plan for the distribution of medicine across the state and to create computer models that help track the spread of the deadly disease.The Virginia-based company has been paid $2.1 million. The firm, which was founded by retired four-star Army Gen. Stanley McChrystal, has embedded at least 11 contractors inside state government.In Missouri, 4.6 million people have received at least one dose of vaccine, and 33% have been fully vaccinated, according to DHSS data.Missouri has received $4.15 billion in federal stimulus payments and has spent $3.8 billion, according to figures compiled by state Auditor Nicole Galloway.Of that, $867 million has gone to various medical services.Parson, meanwhile, is attempting to move the state out of an emergency response mode.He ordered state employees who were working remotely back to their offices last week. And, on Monday, he visited the headquarters of the State Emergency Management Agency to thank them for their service. The event was closed to the media.

State government is a big, sprawling operation that spends your Missouri tax dollars. Stay up to date on what’s happening in Jefferson City by subscribing.

Stay up-to-date on the latest in local and national government and political topics with our newsletter.

A Jefferson City woman died Saturday after she was thrown out of a boat as it was traveling along the Missouri River.Tanna R. Henson, 48, was pronounced dead at 11:10 p.m. at University Hospital in … END_OF_DOCUMENT_TOKEN_TO_BE_REPLACED

JEFFERSON CITY, Mo. (AP) – Missouri is at risk of losing $4.5 billion in tax revenue and federal funding for Medicaid because of a fight between lawmakers over contraceptives.At issue is a state tax … END_OF_DOCUMENT_TOKEN_TO_BE_REPLACED