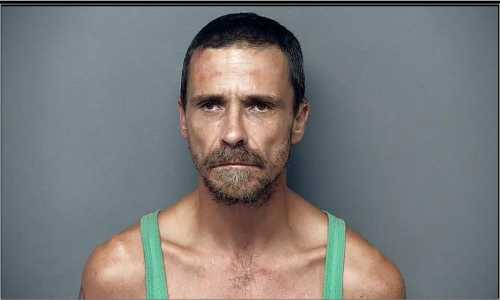 One man was arrested Tuesday afternoon after a vehicle chase in Jefferson City and police continue to look for a suspect in another chase.

Just after 12 p.m., officers attempted to stop the driver of a vehicle that was identified as having multiple felony warrants for his arrest.

According to a release, Eric Kidd, 28, of Jefferson City, ignored commands to exit the vehicle and then drove off. Police ended the chase after finding Kidd’s vehicle was found abandoned in the middle of the roadway on Hogan Dr.

Before 3 p.m. police attempted to stop a stolen vehicle when the driver drove off from the 600 block of E. McCarty onto US Hwy 50 East. Once on US Hwy 50, the vehicle continued east until Shamrock/Liberty Rd. The vehicle then began traveling east on Liberty Road until reaching Route M. The vehicle then crashed and the driver 42-year-old Robert Rawlings of Linn then tried to run away before being caught.

Rawlings admitted to fleeing because of his outstanding arrest warrant.

Rawlings was transported to the Cole County jail for holding for the outstanding federal arrest warrant for possession of a weapon.

(The Center Square) – A year after Democrat auditor Nicole Galloway’s audit revealed an employee stole $316,887 from the city of Center in northeast Missouri, a follow-up report found only slight … END_OF_DOCUMENT_TOKEN_TO_BE_REPLACED

JEFFERSON CITY, Mo. – The average number of COVID-19 cases is at a seven-week low. The 7-day rolling average for cases in Missouri sits at 1,387; yesterday, it was 1,435. Exactly one month ago, the … END_OF_DOCUMENT_TOKEN_TO_BE_REPLACED

Chad Niezing of Manchester captured the title Sunday in the Missouri Mid-Amateur Championship at Jefferson City Country Club. Niezing opened with a 67 on Saturday before carding a 70 on Sunday to win … END_OF_DOCUMENT_TOKEN_TO_BE_REPLACED

Terri Blevins, 44, registers for help at an event sponsored by the city of St. Louis with the Metropolitan St. Louis Equal Housing and Opportunity Council to assist people with filing their … END_OF_DOCUMENT_TOKEN_TO_BE_REPLACED