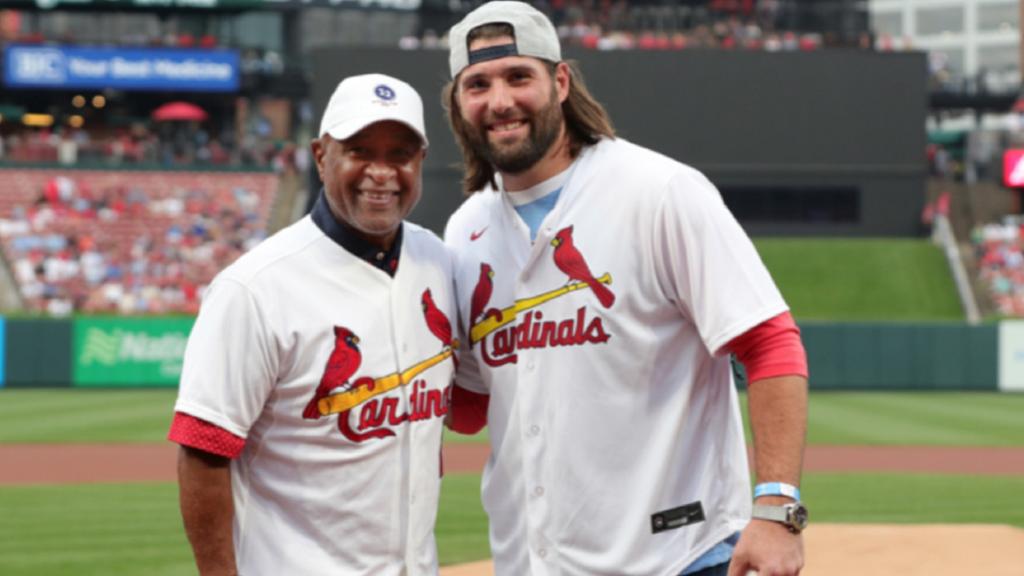 That is one legendary battery.

Tampa Bay Lightning forward Pat Maroon, a native of St. Louis, threw out the ceremonial first pitch before the Cardinals game on Friday.

The catcher? Hall of Fame shortstop Ozzie Smith. It doesn’t get more St. Louis than that.

Tweet from @Cardinals: Getting to throw a first pitch to Ozzie is every St. Louis kid’s dream ������ pic.twitter.com/44gvQErauv

Maroon, who helped the St. Louis Blues to the Stanley Cup in 2019 before winning back-to-back titles with the Lightning in 2020 and 2021, donned a home white Cardinals jersey for the occasion.

Smith, inducted into the Baseball Hall of Fame in 2002 with 91.7 percent of the vote, won 13 Gold Glove awards while playing 15 seasons at shortstop for the Cardinals. The 15-time National League All-Star led the Cardinals to the World Series title in 1982.

(The Center Square) – A year after Democrat auditor Nicole Galloway’s audit revealed an employee stole $316,887 from the city of Center in northeast Missouri, a follow-up report found only slight … END_OF_DOCUMENT_TOKEN_TO_BE_REPLACED

JEFFERSON CITY, Mo. – The average number of COVID-19 cases is at a seven-week low. The 7-day rolling average for cases in Missouri sits at 1,387; yesterday, it was 1,435. Exactly one month ago, the … END_OF_DOCUMENT_TOKEN_TO_BE_REPLACED

Chad Niezing of Manchester captured the title Sunday in the Missouri Mid-Amateur Championship at Jefferson City Country Club. Niezing opened with a 67 on Saturday before carding a 70 on Sunday to win … END_OF_DOCUMENT_TOKEN_TO_BE_REPLACED

Terri Blevins, 44, registers for help at an event sponsored by the city of St. Louis with the Metropolitan St. Louis Equal Housing and Opportunity Council to assist people with filing their … END_OF_DOCUMENT_TOKEN_TO_BE_REPLACED