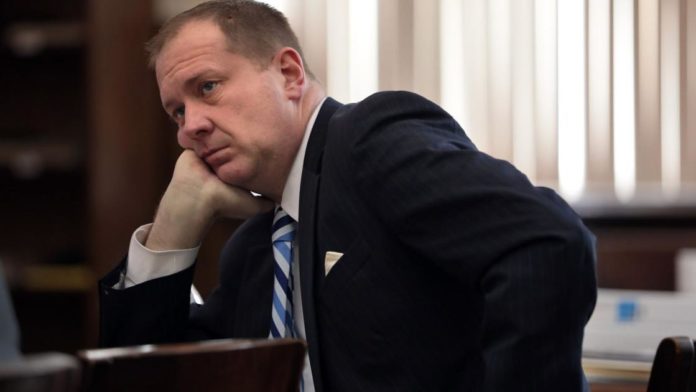 JEFFERSON CITY — Add Attorney General Eric Schmitt to the list of Missouri Republicans challenging President Joe Biden’s power.While GOP state lawmakers are pursuing various pieces of legislation aimed at the Democratic president’s use of executive orders, Schmitt announced the filing of a lawsuit Monday by a coalition of 12 states over Biden’s recently issued order on climate change.The suit claims Biden did not have the authority to issue the regulations and that they could “stifle manufacturing” and “harm agriculture.”“From higher energy bills to lost jobs, this massive expansion of federal regulatory power has the potential to impact nearly every household in this state — that’s why today I’m leading a coalition of states to put a stop to this executive order and protect Missouri families,” Schmitt said in a statement.Other states joining the lawsuit include Arkansas, Arizona, Indiana, Kansas, Montana, Nebraska, Ohio, Oklahoma, South Carolina, Tennessee and Utah.The legal action comes as state lawmakers in Jefferson City are pushing a number of bills that also challenge the new administration.Senate President Dave Schatz, R-Sullivan, introduced legislation last week that would give the General Assembly the power to review any executive order issued by the president or his administration to determine the constitutionality of such action.

O’FALLON, Mo. (AP) — Missouri Gov. Mike Parson announced Tuesday that he made good on his promise to pardon a couple who gained notoriety for pointing guns at social justice demonstrators as they … END_OF_DOCUMENT_TOKEN_TO_BE_REPLACED

Writing in a 16-page decision, Karen Boeger, who oversees contracts and purchasing for the Office of Administration, said Corizon had no basis for that accusation. Support … END_OF_DOCUMENT_TOKEN_TO_BE_REPLACED

(Licking, MO) -- A Missouri prisoner who walked away from a June work release assignment at the state fairgrounds in Sedalia has been transferred to a maximum-security prison in Licking. The state … END_OF_DOCUMENT_TOKEN_TO_BE_REPLACED