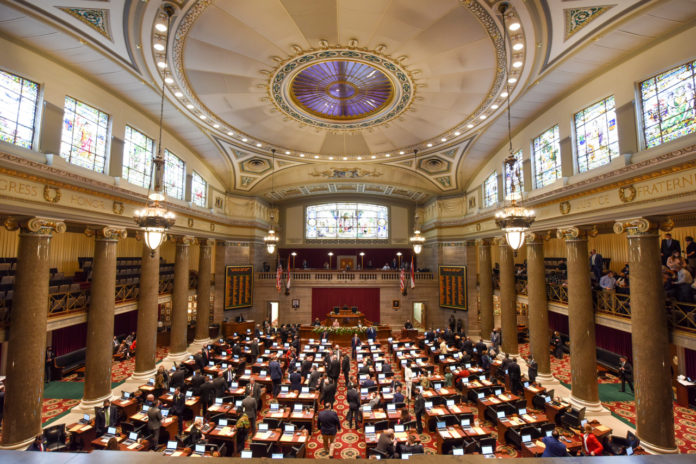 The General Assembly’s session ended this month about four hours early because of a fight over abortion, blocking the measure to waive unemployment debts.

The Kansas City Star reports that roughly 46,000 people could be affected. The department suspended most collections in April as lawmakers discussed their debt-forgiveness measure.

A Jefferson City woman died Saturday after she was thrown out of a boat as it was traveling along the Missouri River.Tanna R. Henson, 48, was pronounced dead at 11:10 p.m. at University Hospital in … END_OF_DOCUMENT_TOKEN_TO_BE_REPLACED

JEFFERSON CITY, Mo. (AP) – Missouri is at risk of losing $4.5 billion in tax revenue and federal funding for Medicaid because of a fight between lawmakers over contraceptives.At issue is a state tax … END_OF_DOCUMENT_TOKEN_TO_BE_REPLACED