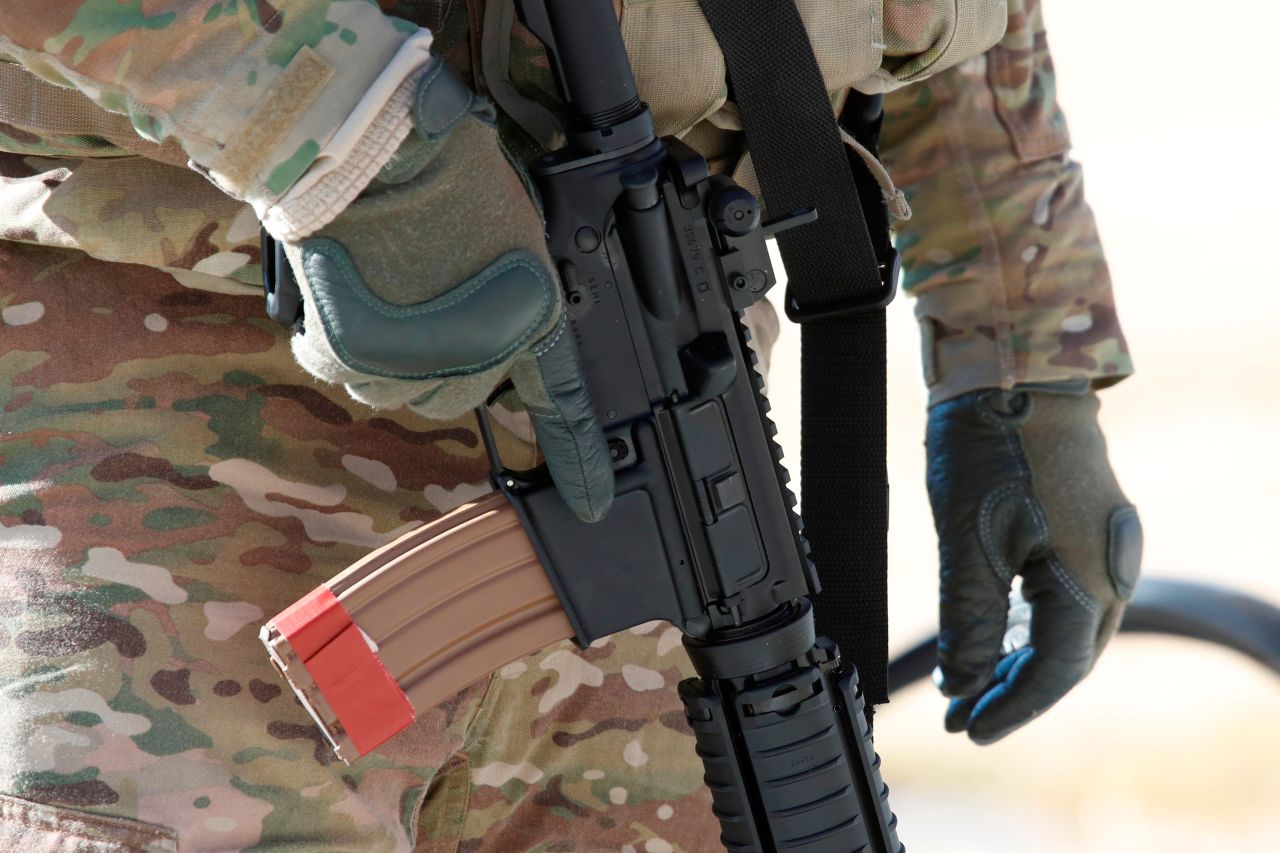 A federal grand jury in East St. Louis returned the indictment on Wednesday against three men:

“Any theft of government property harms the taxpayers, but worse, items such as equipment and uniforms could easily fall into the wrong hands and threaten the safety of our service members,” said U.S. Attorney Steven D. Weinhoeft, Southern District of Illinois.

According to the indictment, the Stambaughs ran Stambaugh Enterprises, a scrap metal yard in Mascoutah. Their business operated as a subcontractor for the DoD to pick up, transport, and recycle scrap metal from several facilities in Illinois and Missouri, including Scott Air Force Base and a Missouri Army National Guard facility in Jefferson City.

As part of the contract, the Stambaughs were obligated to destroy all military property they hauled away. They were also prohibited from reusing or refurbishing any items for their own use or selling any items to be reused or refurbished.

The indictment alleges the Stambaughs took truckloads of military property to their business in Mascoutah and sorted through the items to see what could be reused and/or sold to other individuals. Between Jan. 2017 and Oct. 2017, they provided an unnamed co-conspirator with several items to be sold for profit.

Prosecutors also claim the pair filed false “certificates of destruction” to the DoD.

Where does Schulte fit into the conspiracy?

According to the indictment, Schulte was responsible for storing and disposing of military property at Missouri Army National Guard facility in Jefferson City. The Stambaughs received military uniforms and other unauthorized property from Schulte, even though Schulte knew they were only supposed to be given scrap metal.

Schulte is suspected of conspiring with the Stambaughs from 2015 to 2018 and making a false statement to federal investigators in 2019.

(The Center Square) – A year after Democrat auditor Nicole Galloway’s audit revealed an employee stole $316,887 from the city of Center in northeast Missouri, a follow-up report found only slight … END_OF_DOCUMENT_TOKEN_TO_BE_REPLACED

JEFFERSON CITY, Mo. – The average number of COVID-19 cases is at a seven-week low. The 7-day rolling average for cases in Missouri sits at 1,387; yesterday, it was 1,435. Exactly one month ago, the … END_OF_DOCUMENT_TOKEN_TO_BE_REPLACED

Chad Niezing of Manchester captured the title Sunday in the Missouri Mid-Amateur Championship at Jefferson City Country Club. Niezing opened with a 67 on Saturday before carding a 70 on Sunday to win … END_OF_DOCUMENT_TOKEN_TO_BE_REPLACED

Terri Blevins, 44, registers for help at an event sponsored by the city of St. Louis with the Metropolitan St. Louis Equal Housing and Opportunity Council to assist people with filing their … END_OF_DOCUMENT_TOKEN_TO_BE_REPLACED