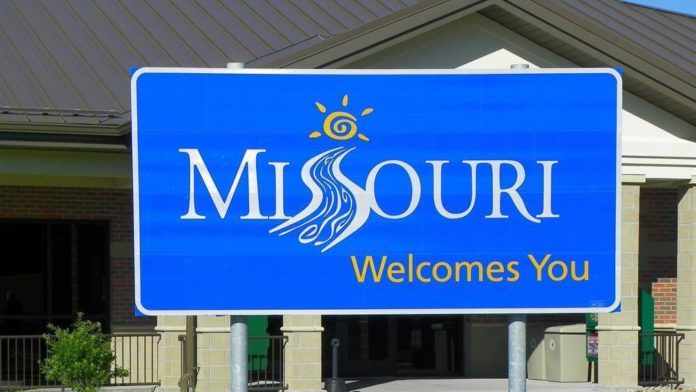 (St. Peters, MO) — Four men from the St. Peters area are being honored by local fire officials after risking their lives to save an elderly couple from their burning home. The fire started in the garage June 17th of last year. Thick smoke could be seen for miles, leading nearly 100 cars to stop and see what was going on. That delayed the arrival of first responders. While many motorists pulled out their cell phones to take pictures, three men living in the neighborhood and a passerby from O’Fallon rushed through the front door of the burning home, rescuing the elderly residents. The husband suffered severe burns and had to be hospitalized. The wife was treated and released. No names haven’t been released.(Jefferson City, MO) — The Missouri House has passed a bill that would allow guns in churches and on public transportation. A Monday vote sends the legislation on to the Republican-led Senate. As it is now, people need permission to bring firearms into churches. People with concealed carry permits would be able to bring their guns into churches, synagogues, and mosques without asking permission. The House voted 109-to-36 to approve the measure.(Jefferson City, MO) — The top Democrat on the Missouri House Health Committee is troubled that the governor’s deputy chief of staff is the new acting director of the Missouri Department of Health and Senior Services. St. Louis Democratic State Representative LaDonna Applebaum says Robert Knodell’s appointment comes in the midst of a public health crisis, and that he has no background in public health. Knodell replaces outgoing state health director Doctor Randall Williams. The committee’s Republican chairman, Bolivar State Representative Mike Stephens, says he expects Knodell’s appointment to be temporary.(Washington, DC) — U-S Senator Roy Blunt is continuing to speak out against proposed changes to the structure of the Supreme Court. President Biden has created a 36-member commission to look at the court and the Missouri Republican worries that could include expanding the number of justices. He says for 150 years the court has had nine and he doesn’t think there is any need for the commission. Blunt says it gets very dangerous when one branch of the government works beyond the balance of power set up by the Constitution.(St. Joseph, MO) — Authorities in Buchanan County say a Navada M. McEvoy was in handcuffs and not resisting when a St. Joseph police sergeant allegedly assaulted him. Criminal charges have been filed against Sergeant James W. Langston. A probable cause statement accuses Langston of striking McEvoy with an open hand multiple times while the suspect was handcuffed. The victim wasn’t injured. Other law enforcement officers reported the assault. Langston is charged with fourth-degree assault against a “special victim.” McEvoy is considered a “vulnerable person” because he was in handcuffs.

(The Center Square) – A year after Democrat auditor Nicole Galloway’s audit revealed an employee stole $316,887 from the city of Center in northeast Missouri, a follow-up report found only slight … END_OF_DOCUMENT_TOKEN_TO_BE_REPLACED

JEFFERSON CITY, Mo. – The average number of COVID-19 cases is at a seven-week low. The 7-day rolling average for cases in Missouri sits at 1,387; yesterday, it was 1,435. Exactly one month ago, the … END_OF_DOCUMENT_TOKEN_TO_BE_REPLACED

Chad Niezing of Manchester captured the title Sunday in the Missouri Mid-Amateur Championship at Jefferson City Country Club. Niezing opened with a 67 on Saturday before carding a 70 on Sunday to win … END_OF_DOCUMENT_TOKEN_TO_BE_REPLACED

Terri Blevins, 44, registers for help at an event sponsored by the city of St. Louis with the Metropolitan St. Louis Equal Housing and Opportunity Council to assist people with filing their … END_OF_DOCUMENT_TOKEN_TO_BE_REPLACED