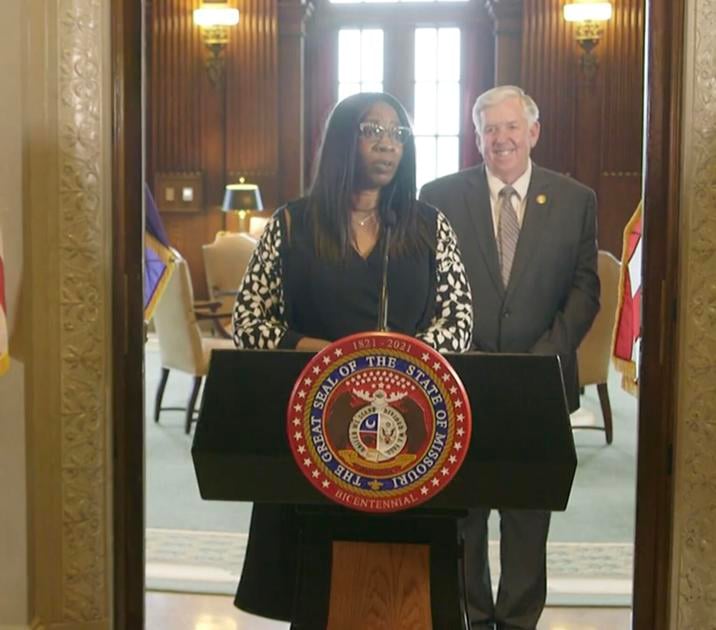 (The Center Square) – Gov. Mike Parson on Monday appointed Judge Robin Ransom to the Missouri Supreme Court, making her the first Black female to serve on the state’s highest court.

“It’s not lost on me – the historic nature of this appointment,” Ransom said. “As the daughter of a fireman who worked and lived in a segregated engine house when he worked for the fire department, this is a very happy day for my mom, myself and my entire family. I’m sorry my father, who passed in 2007, did not live to see this day. But I know he’s looking down and he’s also very honored.”

Ransom fills the vacancy of Judge Laura Denvir Stith, who retired in March.

Parson first became familiar with Ransom when he appointed her to the Missouri Court of Appeals in the Eastern District in 2019.

“We vetted her pretty thoroughly,” Parson said. “I knew some of her rulings and we know she handled the position well. All of those become factors when you’re picking a Supreme Court judge. It’s a tremendous responsibility to get it right.”

Ransom grew up in St. Louis and earned college credit at St. Louis Community College and Saint Louis University before earning an undergraduate degree in political science and sociology at Douglass Residential College-Rutgers University in New Jersey. She earned her law degree from the University of Missouri-Columbia School of Law in 1991.

Ransom said she treasures her experiences of growing up in north St. Louis and her mother still lives in the neighborhood. She said her new position shows there are possibilities for all, but positions won’t solve economic and societal challenges.

“I was raised that I can’t cure all of the social ills and injustices that are out there,” Ransom said. “And this appointment won’t do that. But what this appointment does show is that this governor has the courage to make such an appointment, that he has great vision for this state. He knows how great this state is and what this state can be. I am very honored to be a part of that.”

She was appointed circuit court judge in in 2008.

“While I may be the first African American woman to be part of this court,” Ransom told those gathered outside the Governor’s office in the capital, “I’d also like to say I have never lived by a label or by any identity that anyone’s tried to put up on me. When I look in the mirror, I’ve always been Robin. And I’ve always lived my life to be kind to everyone and to be the best person that I can be. And I bring those same attributes to being on this court.

“As a lawyer and as a judge, I’ve tried to be compassionate and show kindness and patience to those who have appeared in front of me. I have strived to honor my oath to protect the Constitution.”

Ransom was one of three candidates forwarded to Gov. Parson on Friday under Missouri’s non-partisan selection system for its highest court. The others were Donald E. Burrell Jr., a judge on the Missouri Court of Appeals, Southern District, and William M. Corrigan Jr., a judge in the 21st Judicial Circuit in Clayton. The process started with 25 applicants. Four of the seven justices on the court will be nominated by Republican governors.

Parson said the selection was difficult, but it became clear Ransom was the best qualified person.

“On a personal level, I think we relate,” Parson said. “We may be from totally different areas or parts of the state, but I think we came up with the same family values and hard work. That’s how you become successful in this world today. She’s done that and it’s one of the things I admire about her.”

In 1995, Ronnie L. White became the first African-American to serve on the Missouri Supreme Court. Supreme Court Chief Justice George Draper III was the second when appointed to the state’s highest court in 2011. Draper’s father was an assistant attorney general in the 1960s and was refused service in Jefferson City restaurants.

Chief Justice Draper welcomed Ransom, who said in a statement, “She is passionate about the law, and we welcome her energy, enthusiasm and experience she brings to our bench.”

In an effort to better represent the needs and interests of all area residents, a member of Representative Vicky Hartzler’s staff, Lauren Mann, will be available at the St. Clair County Courthouse to … END_OF_DOCUMENT_TOKEN_TO_BE_REPLACED

Demand for e-commerce options in retail was already growing before the pandemic, but growth in the sector accelerated during COVID-19, pushing retailers to embrace new shopping methods to reach … END_OF_DOCUMENT_TOKEN_TO_BE_REPLACED

There is no doubt that business ownership can be a messy experience full of hurdles to overcome on a daily, weekly and yearly basis. But do you find yourself running into the same hurdles over and … END_OF_DOCUMENT_TOKEN_TO_BE_REPLACED