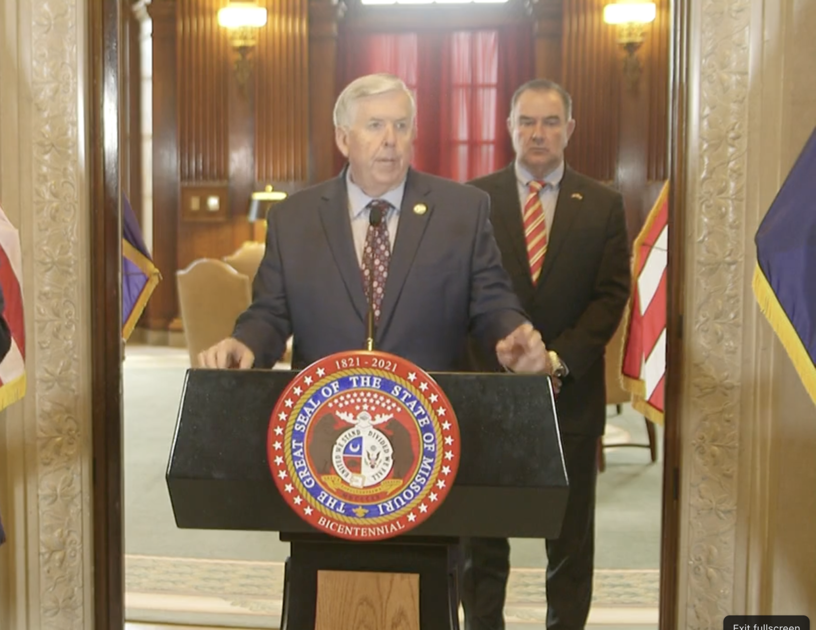 (The Center Square) – In a bid to encourage people to return work, Missouri Gov. Mike Parson on Tuesday announced the discontinuation of the $300-per-week federal pandemic unemployment compensation. He ordered the Missouri Department of Labor and Industrial Relations to notify the U.S. Department of Labor of ending participation in six programs effective June 12.

“Despite our economy’s strong comeback, many business owners and employers across the state are still struggling, not because of COVID-19 but because they can’t find people to fill the jobs,” Parsons said during a news conference at the state capitol.

“It’s time that we end these programs that have incentivized people to stay out of the workforce,” Parsons said. “This is an important step toward returning to normalcy and strengthening our economy. With more than 221,000 job openings across this state, we know that the jobs are out there and one of the last remaining hurdles to full economic recovery is addressing this labor shortage. Today’s actions ensure that we can fill existing jobs as well as thousands of new jobs coming to our state as companies continue to invest and expand in Missouri.”

Parsons noted Missouri is near the top of many economic measures, including small business growth (first), the lowest change in unemployment rate year over year (second), apprenticeships (second) and new manufacturing facilities (fourth). He also mentioned 78% of the population age 65 and older are fully vaccinated in Missouri.

“We know the jobs are available right now and we believe it’s safe to get back out in the workforce,” Parson said. “We see the restrictions are being lifted every day or almost every week as we go forward. It’s time we start taking a real look at the restrictions and start to roll them back.”

In a statement, Anna Hui, the director of the Department of Labor and Industrial Relations, said during the 2008 recession the federal government contributed $25 per week to supplement state unemployment benefits. As the pandemic took hold, the federal government contributed $600 per week in addition to Missouri’s weekly benefit of $320. After the $600 supplement expired, Congress approved a $300 supplement due to expire in September.

“The unemployment system is designed to provide a temporary safety net as workers look to reenter the job market,” Hui said in a statement. “Leaving the level of benefits artificially high would prevent a return to full employment in our state.”

Missouri reinstated last July a requirement for unemployment claimants to conduct weekly work searches to be eligible for benefits. The search for work was waived in March 2020 in order for the state to receive CARES Act funding.

Missouri’s current unemployment rate is 4.2%, compared to 6% nationwide. The St. Louis (4.9% unemployment) and Kansas City (4.5%) regions combine to make up 58% of employment in the state.

“A year ago, these actions were needed as a lifeline when our economy contracted due to the global pandemic,” said Daniel Mehan, president and chief executive officer of the Missouri Chamber of Commerce and Industry. “But today we are in a different place. Our focus now is getting Missourians vaccinated, getting them safely back to work and getting our economy fully reopened. Right now employers are deeply concerned about their ability to find the workers they need.”

A Jefferson City woman died Saturday after she was thrown out of a boat as it was traveling along the Missouri River.Tanna R. Henson, 48, was pronounced dead at 11:10 p.m. at University Hospital in … END_OF_DOCUMENT_TOKEN_TO_BE_REPLACED

JEFFERSON CITY, Mo. (AP) – Missouri is at risk of losing $4.5 billion in tax revenue and federal funding for Medicaid because of a fight between lawmakers over contraceptives.At issue is a state tax … END_OF_DOCUMENT_TOKEN_TO_BE_REPLACED