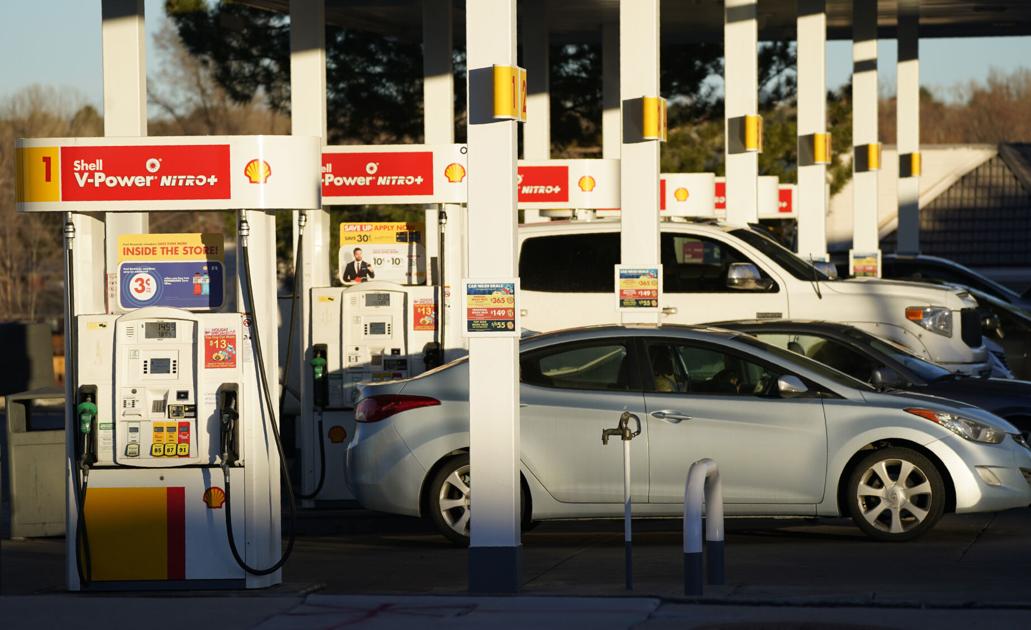 (The Center Square) – Missouri House Speaker Rob Vescovo placed a bill raising the state’s gas tax on the calendar for this week, the last of the legislative session. However, the Republican leader declined to predict what the final bill will contain or if it will pass.

“Lots of people have lots of ideas in this building,” Vescovo, R-Arnold, said. “I can’t speak to what amendments there will be. But I’m going to put it on the calendar.”

“As we’re going through the appropriations process, we’re hearing about record-breaking revenues,” Sen. Denny Hoskins, R-Warrensberg, said during Senate debate. “It sounds like we’re going to be given a lump sum of cash from the federal government. … I just have a hard time voting for an increase in the gas tax.”

During the fifth year of the phased-in gasoline tax, the driver of an average passenger car traveling about 12,000 miles per year would annually pay an additional $70, according to the nonprofit group Missourians for Transportation Investment (MFTI). But every penny would be refundable if drivers save their receipts and file a claim for repayment.

The bill includes a provision for drivers to submit written verification of the amount of the fuel tax paid during the fiscal year for each vehicle. It must be filed on or after July 1, but not later than Sept. 30, following the fiscal year for which the exemption and refund is claimed. The claim can be filed electronically, but applicants must retain the original sales slips. Those filing clams must maintain and keep those records for three years.

A similar law was passed in South Carolina.

“I wasn’t quite there on passing this because I’m not into raising taxes,” said state Sen. Jason Bean, a Republican who represents Butler, Carter, Dunklin, Mississippi, New Madrid, Pemiscot, Shannon and Stoddard counties during an appearance on the television program “This Week in Missouri Politics.” “When the South Carolina model came in, it really made me think about it and look at the refund.”

In South Carolina, 15% of drivers filed for a refund in the first year of the tax, according to Jeff Glenn, executive director of MFTI.

“We expect that might be a little higher here in Missouri, but there’s really no way for us to know how high the claim rate will be,” Glenn said. “But those revenues that are generated and don’t have refunds claimed against them will fund roads and bridges across the state.

“I also suspect there will be a large number of people who decide that $70 a year is worth it to drive on better roads and bridges. I think a lot of people would say it’s a sound investment and they are willing to make it.”

The bill passed out of the Committee on Rules-Legislative Oversight by a vote of 7-4 on Friday. The Republican vote was split with four voting for, and four against.

“We haven’t raised the fuel tax in Missouri since 1996, the year I graduated from high school,” said Greg Razer, R-Jackson County, during an interview on “This Week in Missouri Politics.” “We’ve been asking the Department of Transportation to maintain our infrastructure on the same amount of money we gave them over a quarter of a century ago. Nobody likes paying more taxes at the pump. But I think it’s a pretty conservative position to say we’re going to pay for what we want. We all want better roads and bridges.”

The tax would provide about $500 million in additional revenue for the Missouri Department of Transportation to improve roads and bridges. MODOT estimates it needs $745 million. Missouri has the second-lowest gas tax in the nation.

“With this particular bill, I believe it makes both sides happy,” said bill sponsor Dave Schatz, R-Sullivan and Senate President Pro Tem, during a Transportation Committee hearing. “I believe it allows those who believe in infrastructure to (support it). Those who prefer not to can get a refund.”

The legislative session ends at 6 p.m. on Friday.

“Anything has a chance,” Vescovo said. “You know how this building works. We’ve got lots of bills in a lot of places. It’s hard for me to tell you what’s going to happen. A week is a long time in this building.”

KANSAS CITY, MO (KCTV5) — The investigation into the police shooting of Malcolm Johnson has cleared another step. The case file for the Missouri Highway Patrol is now in Jefferson City, according … END_OF_DOCUMENT_TOKEN_TO_BE_REPLACED

Progress is slow on redeveloping the area around Capitol Avenue, but the revitalization of the Capital City’s historic corridor is starting to show the results of some much needed love.The East … END_OF_DOCUMENT_TOKEN_TO_BE_REPLACED

A new gaming venue in Jefferson City is hoping to create a safe, comfortable space for all local gamers to enjoy.Mimics JC held a soft opening last weekend at its new spot at 312 Lafayette St. as the … END_OF_DOCUMENT_TOKEN_TO_BE_REPLACED