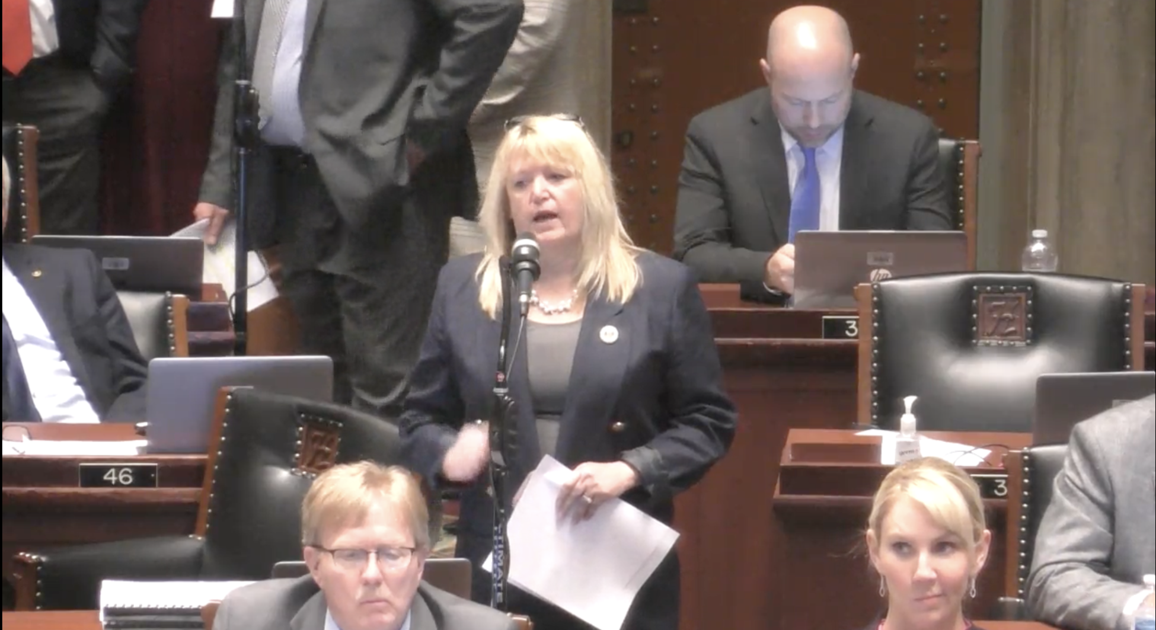 (The Center Square) – After a four-hour debate Tuesday, the House of Representatives approved an increase to Missouri’s gas tax. The bill will be sent to Gov. Mike Parson, who supported the increase.

Becky Ruth, R-Festus, chair of the House Transportation Committee who handled the bill during floor debate, promoted a provision where drivers can submit written requests for a refund of the new fuel tax amount paid during the fiscal year.

The amount of work and resources required to file a refund concerned some lawmakers.

“The average person in my district doesn’t have a printer,” said Raychel Proudie, D-Ferguson. “I don’t think they will show a bunch of receipts on a smartphone.”

Jason Chipman, R-Steelville, introduced an amendment to the bill requiring a statewide vote on the tax increase. After the legislature declined to fund Medicaid after it was approved by voters last August, some Democrats questioned whether legislators would accept a voter-approved tax increase.

“It is hard for me to believe that, in good faith, the other side really believes sending this to a vote of the people … that they will follow the will of the people,” said Rasheed Aldridge, D-St. Louis. “I would encourage the body to vote down this amendment.”

It was defeated 102-48, but it prompted dozens of lawmakers to comment on a wide range of issues related to the amendment and the bill.

“I was sent here to hold the line on taxes,” said Brian Seitz, R-Branson. “Some in government and the Senate, maybe even some powerful lobbies, want this to pass. But the people have spoken recently and they said no,” referring to a 2018 gas tax defeated by voters.

Some representatives criticized the Missouri Department of Transportation for its planning and execution of projects.

“I know everybody in here who gets elected has had issues with almost every government agency,” said Randy Pietzman, R-Troy. “It almost always comes back to inefficiency. And I’m not blaming any particular person. It’s the policies.”

Other members were more direct in criticizing MODOT’s performance.

“I have to be the MODOT police on streetlights throughout the state of Missouri and I won’t even say how many MODOT employees it takes to change a light bulb,” said Cheri Toalson Reisch, R-Hallsville. “When I came here five years ago, the Missouri River bridge, right outside here, there were no lights working. … Do you know that MODOT signs are made in Indiana? Maybe if some of these contractors and companies lobbying so hard want to start a minority- or women-owned business, we could start making MODOT signs in Missouri.”

Toalson Reisch and other members brought up constitutional arguments requiring a vote of the people. The Hancock Amendment, a 1980 amendment to the Missouri Constitution named after the late Congressman Mel Hancock, requires voter approval before taxes or fees can be increased by the General Assembly beyond a certain annual limit. The amount is set by a formula to measure the amount of personal income to be used to fund state government.

“If Mel was alive today, he would tell you you’re running a $35 billion social service non-for-profit,” said Bill Owen, R-Springfield, who knew Hancock and represents his hometown. “It’s a business. Run it like a business and invest in your business. And keep your deferred maintenance down.”

Owen expressed his surprise that very little discussion was devoted to the bill’s influence on public safety.

“What’s public safety, really?” Owen asked. “It’s accidents, injuries and deaths. There’s a price to pay for holding down the number of injuries to individuals.”

As debate went on, more representatives spoke on the tax’s impact on public safety. Ensuring safer roads and bridges seemed to persuade members more than arguments against taxes.

“I don’t believe there’s anything more important than public safety for our constituents,” said Wayne Wallingford, R-Cape Girardeau. “If they didn’t trust us to make the right decision, then maybe we should send every bill we pass to our constituents to give them a chance to vote on it.”

Some members noted lower income drivers might be disproportionally be affected by the tax while others benefit.

“I am giggling a few times as I listen to this debate because I’m seeing the left defend a tax increase that will cost the poor more money,” said Justin Hill, R-Lake St. Louis. “Let’s talk about the 27 people who testified on this bill. Why do they want this so bad? Because they are contractors and labor unions – not a single individual came to testify in favor of this … The same people who testified for this are the same people that rape our budget for tax credits.”

Hill warned fellow Republicans of repercussions at the ballot box if they voted for the tax.

“How many members in this body have put ‘no tax increase’ or ‘no to taxes’ on campaign literature?” Hill asked. “I guarantee people are saving those pieces…. I guarantee other people are going to be using this vote during the next election.”

Wallingford, who served eight years in the Senate before his election to his second two-year term in the House last November, countered Hill’s argument.

If Gov. Parson signs the bill, the gasoline tax would increase 73% to 29 cents a gallon by 2025. After voters rejected a gasoline tax in 2018, Gov. Parson, who was then serving the remaining years of Eric Greitens’ term after his resignation, negotiated a finance plan with legislators for MODOT to replace 100 bridges throughout the state. The bill also included a 20% increase on annual fees on electric vehicles over five years.

In an effort to better represent the needs and interests of all area residents, a member of Representative Vicky Hartzler’s staff, Lauren Mann, will be available at the St. Clair County Courthouse to … END_OF_DOCUMENT_TOKEN_TO_BE_REPLACED

Demand for e-commerce options in retail was already growing before the pandemic, but growth in the sector accelerated during COVID-19, pushing retailers to embrace new shopping methods to reach … END_OF_DOCUMENT_TOKEN_TO_BE_REPLACED

There is no doubt that business ownership can be a messy experience full of hurdles to overcome on a daily, weekly and yearly basis. But do you find yourself running into the same hurdles over and … END_OF_DOCUMENT_TOKEN_TO_BE_REPLACED