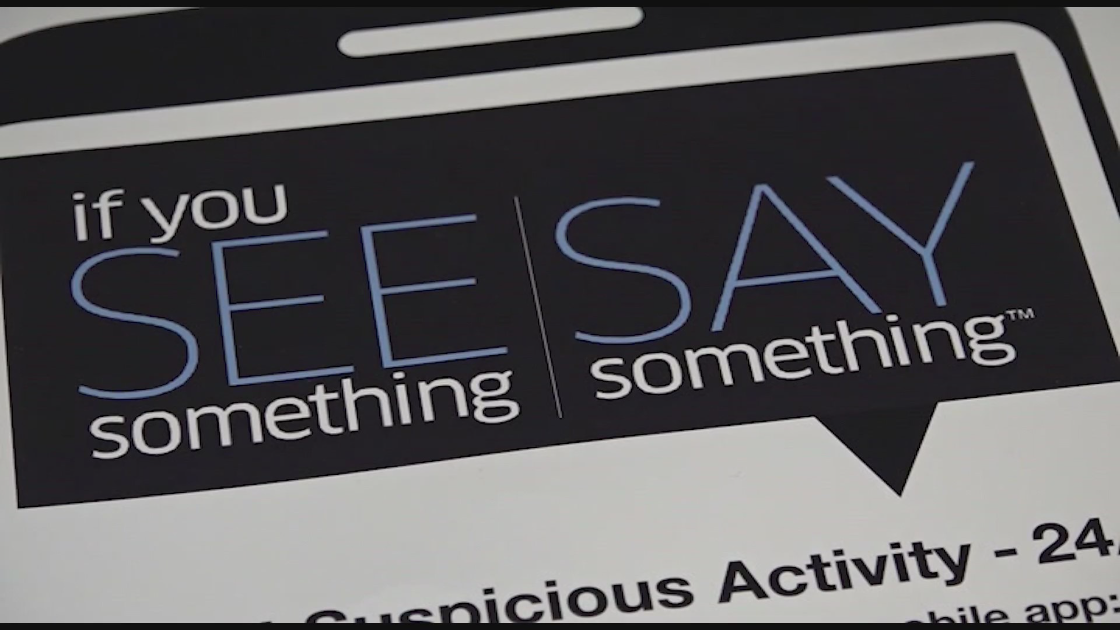 JEFFERSON CITY, Mo. – Next month will mark the 20th anniversary of one of the worst attacks on America which killed thousands. Now, law enforcement agencies in Missouri say in an app could prevent a terrorist attack.

Sept. 11, 2021, is a day Americans will never forget and now with the help of an app, the U.S. Department of Homeland Security and law enforcement officers hope it will prevent a terrorist attack.

Missouri is one of six states using an app called “Safe Nation.” It’s an anonymous way to report suspicious activity. This app goes hand in hand with a phrase we’ve all heard, “See something, say something.”

“Public safety is everyone’s job,” Lt. Eric Brown with the Missouri State Highway Patrol said. “They can use it [the app] anonymously to where they feel like they can remain safe but still provide the information that law enforcement needs to investigate terrorism-style complaints.”

Brown specializes in public information and education with the state patrol. He said since Missouri started using the app last July, there have been hundreds of tips.

“Some of them have resulted in criminal investigations and criminal cases of being prosecuted,” Brown said.

The app is free to download. Once it’s opened, it asks you if you want to submit a tip, edit your existing tip or change your location. If you selected “submit a tip,” you have an option to report a cybercrime.

Or you can report suspicious activity.

“Possibly people who seem out of place for the time and area that they are in,” Brown said.

“Leaving packages, luggage, and book bags behind. Someone who has become un-radicalized, talking about stockpiling ammunition, weapons and making threats towards specific groups like schools and religious groups.”

You can then fill out the information boxes anonymously, upload a picture or video if you have one, and then submit the report.

“It’s monitored 24 hours a day, 365 days a year by law enforcement professionals from various agencies across the state,” Brown said.

“Those tips are vetted, researched, and disseminated to the proper law enforcement agency to be investigated if need be.”

Brown said it’s an app that could prevent a terrorist attack, like 9/11, from happening again.

“This is a way that law enforcement agencies and our law enforcement partners across, not just the state, but the nation, can provide an opportunity for the public to help prevent tragedies such as that from ever occurring again,” Brown said.

MSHP said the use of the Safe Nation app for law enforcement is paid for by grants through the Department of Homeland Security. Brown said that every law enforcement agency in the state can participate in this program by sharing the app and making it public but all are involved based on the tip.

“Whether it be a local police department, a sheriff’s department, a college campus police agency, the state highway patrol, the FBI, whoever absolutely may be involved in that and needs access to that information.”
The app is free to download on your phone or tablet.

“We believe that it helps us protect our communities and our state better by receiving this information in a timely fashion and receiving tips that we might not receive from a person’s face to face or over the phone,” Brown said.

Other states that use the app are Illinois, Kansas, Arizona, Texas, and Idaho.

Next month there will be memorial events to remember the September 11 attack. The Missouri Patriot Day Committee will hold a two-day remembrance at the Missouri Capitol Complex starting at 7 p.m. on Sept. 10th on the south lawn of the capitol.

The events will feature displays of 9/11 artifacts, emergency and military vehicles plus the reading of the names of those lost during the attacks.

Then on Saturday, Sept. 11, there will be a parade through downtown Jefferson City along with the Stephen Siller Tunnel to Towers 5K walk and run and the Missouri State Fair Marshall 9/11 Stair Climb at the Jefferson Building.

(The Center Square) – A year after Democrat auditor Nicole Galloway’s audit revealed an employee stole $316,887 from the city of Center in northeast Missouri, a follow-up report found only slight … END_OF_DOCUMENT_TOKEN_TO_BE_REPLACED

JEFFERSON CITY, Mo. – The average number of COVID-19 cases is at a seven-week low. The 7-day rolling average for cases in Missouri sits at 1,387; yesterday, it was 1,435. Exactly one month ago, the … END_OF_DOCUMENT_TOKEN_TO_BE_REPLACED

Chad Niezing of Manchester captured the title Sunday in the Missouri Mid-Amateur Championship at Jefferson City Country Club. Niezing opened with a 67 on Saturday before carding a 70 on Sunday to win … END_OF_DOCUMENT_TOKEN_TO_BE_REPLACED

Terri Blevins, 44, registers for help at an event sponsored by the city of St. Louis with the Metropolitan St. Louis Equal Housing and Opportunity Council to assist people with filing their … END_OF_DOCUMENT_TOKEN_TO_BE_REPLACED