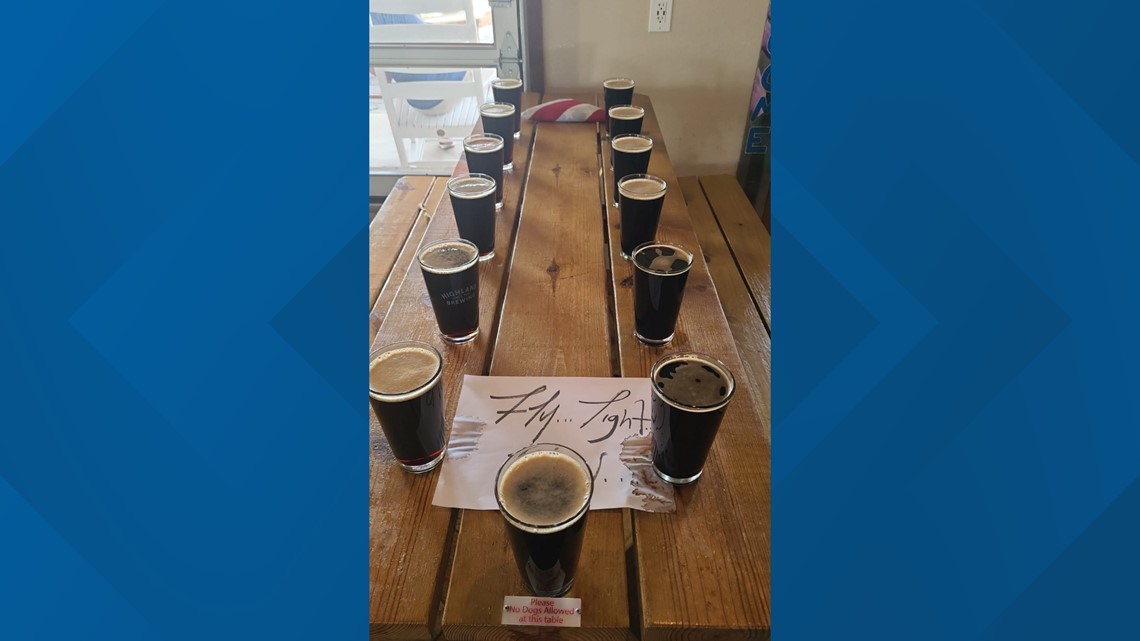 KNOXVILLE, Tenn. — With the country mourning the 13 American service men and women lost during the Afghanistan evacuation, local breweries in East Tennessee are honoring their sacrifice.

Crafter’s Brew in Oak Ridge posted this picture to their Facebook page. They write: “Semper fi. Rest easy. From all of us Crafters. Thanks to a wonderful man and his wife for this memorial.”

Each glass represents one of the 13 soldiers who died in the attack in Kabul, Afghanistan. The Off The Hook bar and grill in Jefferson City shared a similar image and say they will be honoring those soldiers all weekend.

Orange Hat Brewing in Knoxville have also shared their own tribute on their Facebook page.

(The Center Square) – A year after Democrat auditor Nicole Galloway’s audit revealed an employee stole $316,887 from the city of Center in northeast Missouri, a follow-up report found only slight … END_OF_DOCUMENT_TOKEN_TO_BE_REPLACED

JEFFERSON CITY, Mo. – The average number of COVID-19 cases is at a seven-week low. The 7-day rolling average for cases in Missouri sits at 1,387; yesterday, it was 1,435. Exactly one month ago, the … END_OF_DOCUMENT_TOKEN_TO_BE_REPLACED

Chad Niezing of Manchester captured the title Sunday in the Missouri Mid-Amateur Championship at Jefferson City Country Club. Niezing opened with a 67 on Saturday before carding a 70 on Sunday to win … END_OF_DOCUMENT_TOKEN_TO_BE_REPLACED

Terri Blevins, 44, registers for help at an event sponsored by the city of St. Louis with the Metropolitan St. Louis Equal Housing and Opportunity Council to assist people with filing their … END_OF_DOCUMENT_TOKEN_TO_BE_REPLACED