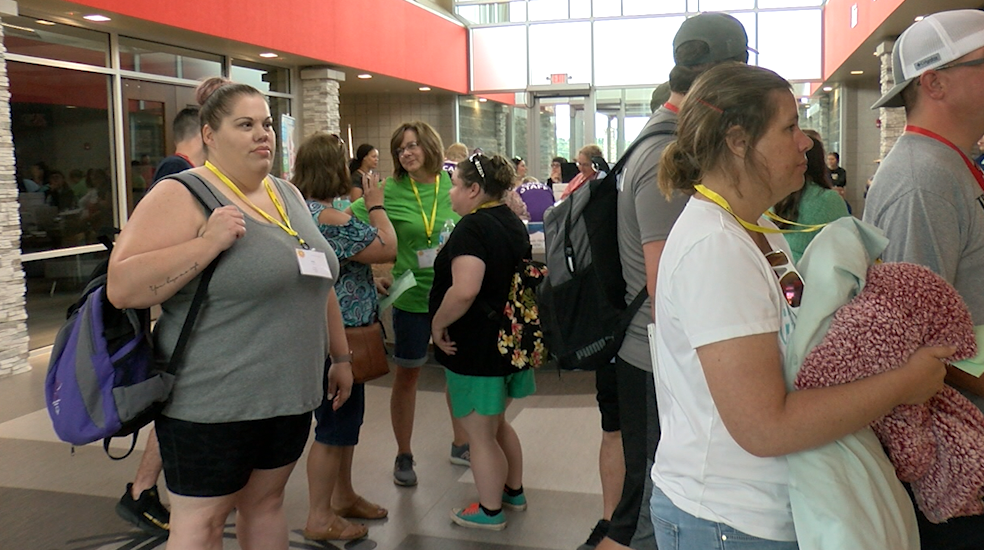 More than 150 athletes from across the state arrived at the Special Olympics Missouri Training For Life campus on Saturday afternoon for selection camp.

They’ll compete in nine different sports in both Jefferson City and Fulton from Sunday through Thursday. The camp will determine which athletes will compete in the USA Games next summer in Orlando, Fla.

Jody Davis is one of the athletes hoping to make it on Team Missouri. She’ll compete in track & field and bocce ball this week.

“I’m very excited about the shot put and the javelin,” Davis said. “I’m strong, so I think it’ll go well.”

Along with being an athlete, Davis is also known for her singing ability. The Springfield, Mo. native has been chosen to sing the national anthem before the Jefferson City Renegades game on Sunday.

“I always get nervous before I sing, but they’ve asked me a couple times to sing,” Davis said. “I’ve sang in front of a big crowd, so just fingers crossed it goes well.”

Special Olympics Missouri is holding several other events this week as well as it celebrates its 50th anniversary.

Walker noted that the reason Black women put health on the back burner is because of the “strong Black woman” phenotype that many find themselves in ST. LOUIS — Black … END_OF_DOCUMENT_TOKEN_TO_BE_REPLACED

Here's your guide to what's happening on Wednesday at the Olympics, and what St. Louis connections will be in action ST. LOUIS — The Tokyo Olympics are finally here and 5 … END_OF_DOCUMENT_TOKEN_TO_BE_REPLACED