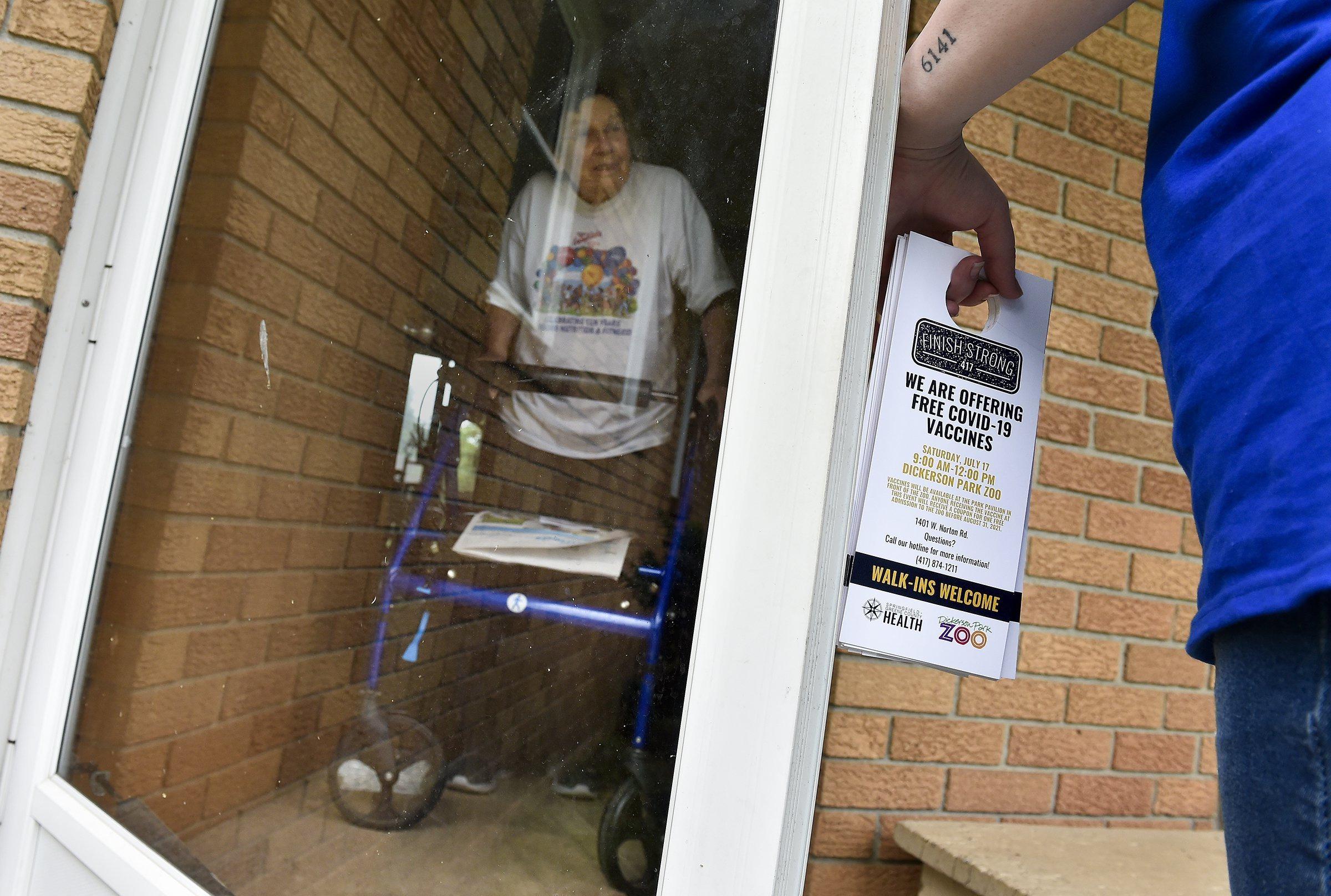 JEFFERSON CITY, Mo. (AP) — The St. Louis area is facing a third wave of COVID-19 that could cause more deaths and serious cases if residents don’t get vaccinated and return to wearing masks in public, the head of the region’s pandemic task force said Tuesday.

Dr. Clay Dunagan, BJC HealthCare’s chief clinical officer, said seven COVID-19 patients have died in the St. Louis region and 91 were admitted to intensive care units during the 24 hours before he issued his plea Tuesday morning.

“The vaccine is available, but unfortunately the vaccination rate in our community has not been high enough to prevent spread of the delta variant,” Dunagan said. “We now need to return to masking to combat this new wave of infections.”

He said that if residents don’t respond, the area could return high hospitalization rates, prompting renewed visitor restrictions and delayed elective procedures. He said even people who have been vaccinated should wear masks in public, in part because only 46.3% of Missourians had been fully vaccinated as of Tuesday, which significantly trailed the national average.

Although the Centers for Disease Control and Prevention has approved allowing vaccinated people to go without masks, the St. Louis area’s vaccination rate isn’t high enough to follow that recommendation because of new cases caused by the more infectious delta variant, Dunagan said.

Dunagan’s appeal came the day after state health officials issued a hot spot advisory for Laclede, Phelps, and Pulaski counties, in central Missouri. That brought to 14 the number of counties in southwestern and central Missouri that have been designated as hot spots by the Missouri Department of Health since July 7. Most of the counties have vaccination rates well below 40%, with Laclede at 24.3%, Phelps at 31.3% and Pulaski at 32.5% on Monday. Health officials believe the delta variant cases are moving from southwestern Missouri along Interstate 44 toward St. Louis.

A hospital official in Joplin said patients being treated in the latest uptick in cases are younger and often require more medical attention and resources than previous COVID-19 patients, The Joplin Globe reported.

Jessica Liberty, Freeman’s infection prevention and control manager, said seven of the health system’s COVID-19 patients were on ventilators, which was more than the hospital had seen since the pandemic began. The hospital system also had its first teenager on a ventilator, she said.

“We’re using our resources to the max with these patients because they are younger, so we’re doing the lifesaving measures, but we’re doing them longer now,” she said. “We’re walking into uncharted territory.”

Thirteen of Mercy Hospital Joplin’s patients were in intensive care, and 12 were on ventilators. Since June, 113 of Mercy Joplin’s 124 inpatients with COVID-19, or 91% of them, were unvaccinated, according to hospital spokesman Jordan Larimore. He said Mercy had 15 patients on ventilators last week, which dropped to 12 this week.

Walker noted that the reason Black women put health on the back burner is because of the “strong Black woman” phenotype that many find themselves in ST. LOUIS — Black … END_OF_DOCUMENT_TOKEN_TO_BE_REPLACED

Here's your guide to what's happening on Wednesday at the Olympics, and what St. Louis connections will be in action ST. LOUIS — The Tokyo Olympics are finally here and 5 … END_OF_DOCUMENT_TOKEN_TO_BE_REPLACED