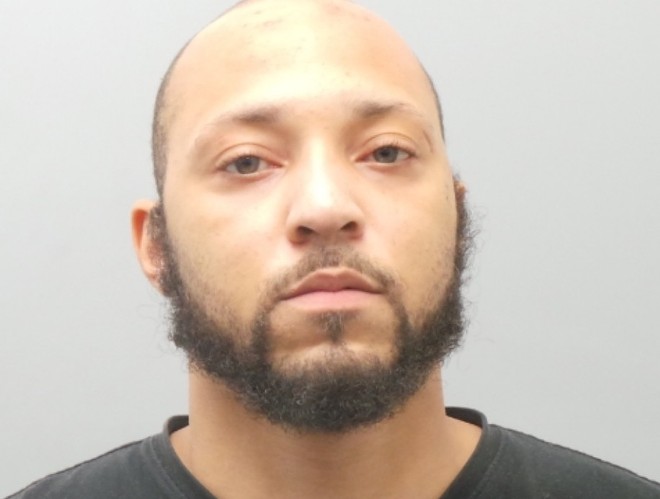 A St. Louis County dad who stormed a school bus while carrying a loaded handgun has pleaded guilty to nine felonies.

Christian Goodson, 32, of Berkeley was sentenced on Wednesday to five years in prison as part of a plea deal with prosecutors.

On February 12, 2020, Goodson saw a student aboard a Ferguson-Florissant school bus fighting with one of his kids and tried to force his way on, according to court records. There were three district employees — a driver and two monitors — on the bus, and they initially tried to stop Goodson, but he pulled out a .45-caliber Hi-Point pistol and smashed a window. Two of the angry dad’s kids were on the bus, which was carrying students to Johnson-Wabash 6th Grade Center.

He then threatened the adults and children and encouraged the kids to fight, Principal Tangie Francwar of the Johnson-Wabash 6th Grade Center later told parents in a letter.

Goodson was quoted in court papers as saying, “You got what you wanted,” before he eventually fled with his kids. There were seven other students on the bus.

Goodson was later arrested, and Berkeley seized his Hi-Point, which was loaded. He told detectives he “overreacted” after seeing the student fight.

He pleaded to two counts of unlawful use of a weapon and seven counts of endangering the welfare of a child, all felonies, along with two misdemeanors: property damage and fourth-degree assault.

He has been locked up since his arrest and will credit for time served toward his five-year sentence.

“I want to commend our team that worked hard on this case and secured a plea agreement that will make this defendant pay for this terrible and dangerous error in judgment which could have cost our community a number of precious young lives,” St. Louis County Prosecuting Attorney Wesley Bell said in a news release. “I hope others hear of this prison sentence, put down the pistol and keep their composure when dealing with their problems, especially if children are involved.”

In an effort to better represent the needs and interests of all area residents, a member of Representative Vicky Hartzler’s staff, Lauren Mann, will be available at the St. Clair County Courthouse to … END_OF_DOCUMENT_TOKEN_TO_BE_REPLACED

Demand for e-commerce options in retail was already growing before the pandemic, but growth in the sector accelerated during COVID-19, pushing retailers to embrace new shopping methods to reach … END_OF_DOCUMENT_TOKEN_TO_BE_REPLACED

There is no doubt that business ownership can be a messy experience full of hurdles to overcome on a daily, weekly and yearly basis. But do you find yourself running into the same hurdles over and … END_OF_DOCUMENT_TOKEN_TO_BE_REPLACED