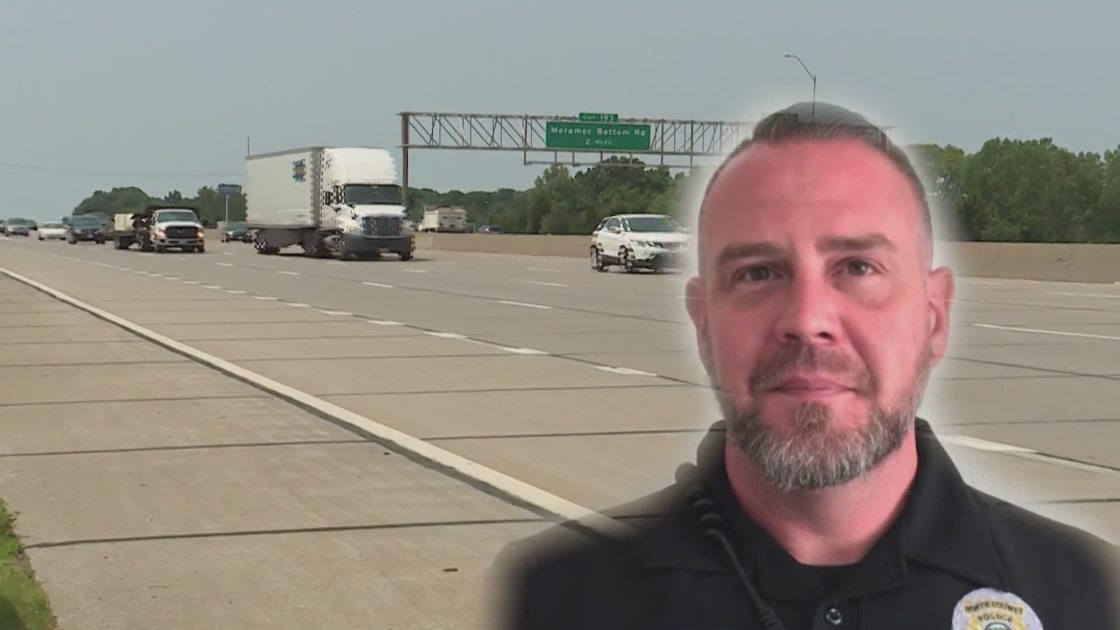 ST. LOUIS – It’s been just over two years since officer Michael Langsdorf was shot and killed in the line duty.

Today, Gov. Mike Parson signed Senate Bill 520 to name a part of I-55 in his honor, which brought a small sense of happiness to the Langsdorf family.

The bill designates portions of state highways as memorials for first responders killed in the line of duty. In addition to officer Langsdorf, this includes retired St. Louis Police Capt. David Dorn.

“I have butterflies inside me. Very excited that this is happening,” Michael’s mother Bess Langsdorf said.

Fox 2’s Vic Faust met with the Langsdorfs, Rep. David Gregory, and Charles Metzner with the St. Louis Hero Network before they drove to Jefferson City for the governor’s signing.

The bridge at I-55 and Butler Hill will be “Police Officer Michael V. Langsdorf Memorial Bridge.”

“Every time we drive down Butler Hill, and our neighbors and friends that live in the area, they will be able to see his name. It’s always been our goal that he is not forgotten,” Bess Langsdorf said.

Rep. Gregory filed the bill for the Langsdorf memorial. He said he will be working with the Missouri Department of Transportation (MoDOT) to get signs constructed and erected.

Metzner, who also is a St. Louis firefighter, came up with the idea and raised money for the sign. He said he has become family with the Langsdorfs.

“We were able to raise $4,000 to get the sign paid for,” Metzner said. “And that’s the kind of community we live in. A community that gets behind things they believe in.”

Bess Langsdorf said it hasn’t gotten easier in dealing with her son’s death, but this kind of acknowledgment of her son goes a long way. She also has started to recognize other memorials on the highway.

“As I go by, I say a prayer for all the names I see and their family,” she said. “So, we hope people will do the same for Michael and the family.”

The Langsdorfs live just a few minutes away from the Butler Hill exit on I-55 where the bridge will now be named in their son’s honor.

(The Center Square) – A year after Democrat auditor Nicole Galloway’s audit revealed an employee stole $316,887 from the city of Center in northeast Missouri, a follow-up report found only slight … END_OF_DOCUMENT_TOKEN_TO_BE_REPLACED

JEFFERSON CITY, Mo. – The average number of COVID-19 cases is at a seven-week low. The 7-day rolling average for cases in Missouri sits at 1,387; yesterday, it was 1,435. Exactly one month ago, the … END_OF_DOCUMENT_TOKEN_TO_BE_REPLACED

Chad Niezing of Manchester captured the title Sunday in the Missouri Mid-Amateur Championship at Jefferson City Country Club. Niezing opened with a 67 on Saturday before carding a 70 on Sunday to win … END_OF_DOCUMENT_TOKEN_TO_BE_REPLACED

Terri Blevins, 44, registers for help at an event sponsored by the city of St. Louis with the Metropolitan St. Louis Equal Housing and Opportunity Council to assist people with filing their … END_OF_DOCUMENT_TOKEN_TO_BE_REPLACED