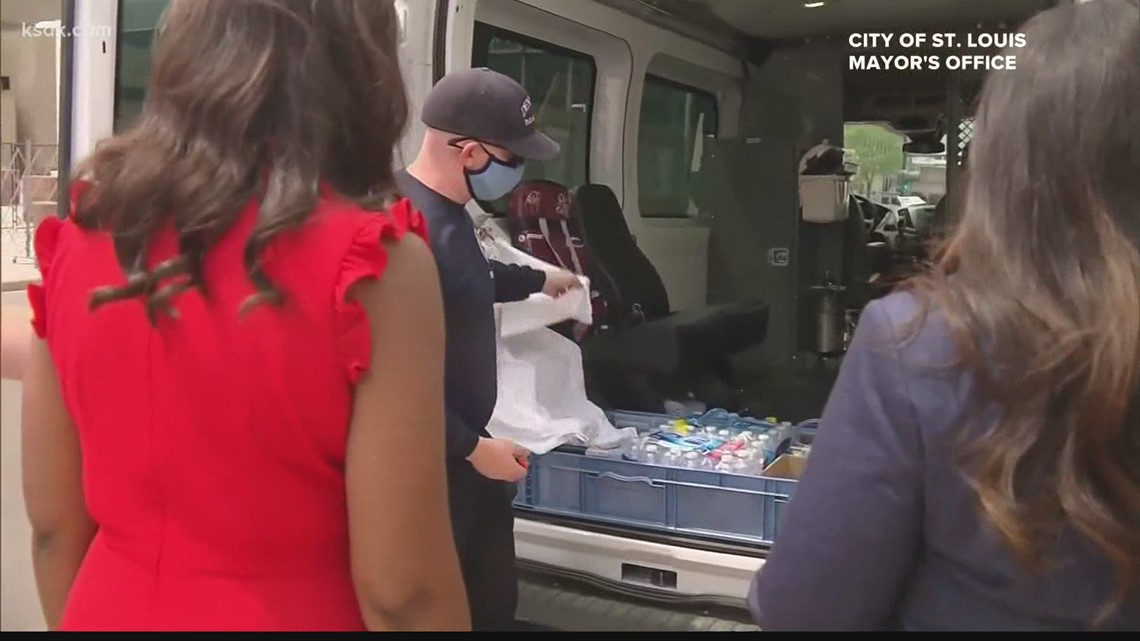 “I talk a lot about connecting the right resource to the right call because our police are exhausted,” Jones said.

The STAR program kicked off in the mile-high city last summer. It allows mental health care professionals, social workers and paramedics to hop in a highly-equipped van, hit the streets and respond to low-level 911 calls, instead of police officers.

Mayor Jones and Representative Bush are hoping the STAR mobile crisis team can take off in St. Louis, help take stress off officers and allow them to handle more serious, emergency calls.

“Many calls to STAR originate from officers themselves looking for help dealing with people who are having a mental health or substance abuse crises,” Jones said.

“STAR responders save money for our communities by reducing the amount of police, fire and EMS trucks that are deployed to our communities,” Bush said. “Across the country, we are seeing cities shifting to alternatives to policing. They are treating public safety as a public health issue.”

So, how do St. Louisans feel about the possibility of the STAR coming here?

“St. Louis is a very dangerous city and I honestly don’t think it will work here,” said Alex Alford.

“I’m not sure how long it would last without cops not being available to help the social workers and others,” said Charkeyah Martin.

“I think it can work. You just got to give everything a chance,” said Andre Harris.

And, Mayor Jones is willing to do just that.

“We’re exploring now. We’re learning new things and hopefully, we’ll be able to apply these things in the near future,” added Mayor Jones.

Congresswoman Cori Bush tells 5 On Your Side since its inception the Star Team Responders responded to more than 1,300 calls, and never needed backup from Denver police.

(The Center Square) – A year after Democrat auditor Nicole Galloway’s audit revealed an employee stole $316,887 from the city of Center in northeast Missouri, a follow-up report found only slight … END_OF_DOCUMENT_TOKEN_TO_BE_REPLACED

JEFFERSON CITY, Mo. – The average number of COVID-19 cases is at a seven-week low. The 7-day rolling average for cases in Missouri sits at 1,387; yesterday, it was 1,435. Exactly one month ago, the … END_OF_DOCUMENT_TOKEN_TO_BE_REPLACED

Chad Niezing of Manchester captured the title Sunday in the Missouri Mid-Amateur Championship at Jefferson City Country Club. Niezing opened with a 67 on Saturday before carding a 70 on Sunday to win … END_OF_DOCUMENT_TOKEN_TO_BE_REPLACED

Terri Blevins, 44, registers for help at an event sponsored by the city of St. Louis with the Metropolitan St. Louis Equal Housing and Opportunity Council to assist people with filing their … END_OF_DOCUMENT_TOKEN_TO_BE_REPLACED