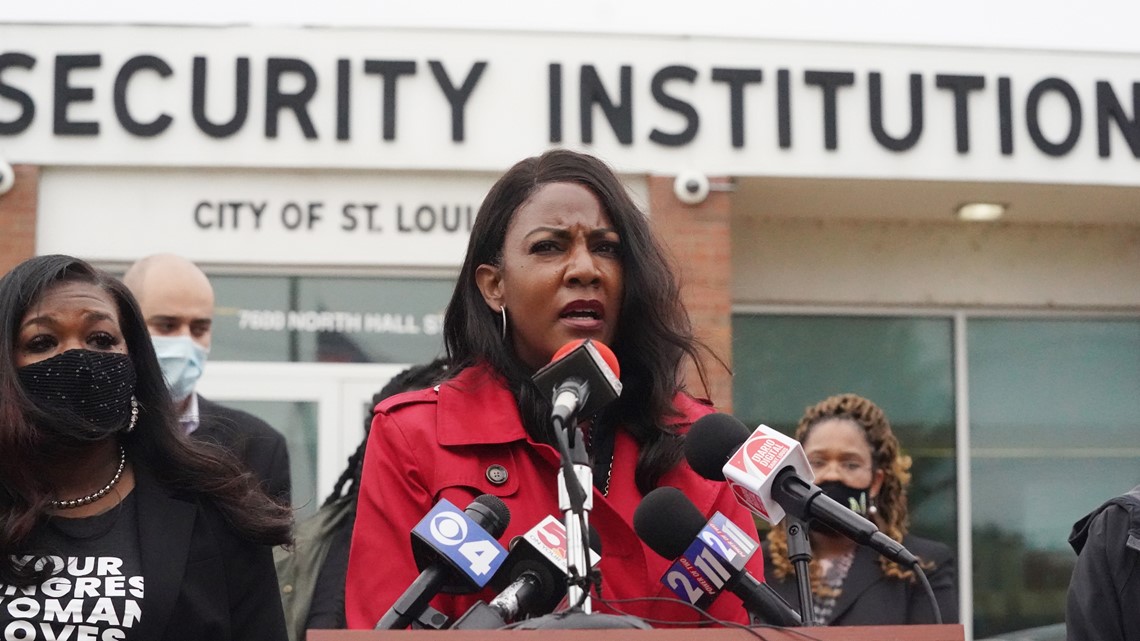 Jones is planning to update the public Thursday afternoon on the status of the closure, and how well the consolidation into the city’s downtown facility, known as the City Justice Center, is going.

Closing the facility, sometimes called The Workhouse, was among Jones’ campaign promises.

Jones and her Public Safety Director Dan Isom are expected to answer reporters’ questions via a Zoom meeting.

RELATED: Mayor Jones touts fulfilled campaign promise to close ‘The Workhouse,’ but some detainees may still be housed there

The impending closure has been controversial.

The City spent about $7 million to upgrade the facility in the last five years.

ArchCity Defenders has a $10 million lawsuit pending against the city alleging inhumane conditions there, and Jones allowed members of the firm to tour the facility along with Congresswoman Cori Bush and Circuit Attorney Kim Gardner earlier this year.

Reporters have not been allowed inside the facility.

Meanwhile, the new home for all of the inmates from the Medium Security Institution in downtown St. Louis has been the site of two riots this year, which included attacks on guards, fires, broken windows and water damage.

The locks on the cells inside that facility haven’t worked for years, intercoms aren’t working and damage from the riots remains. Former Mayor Lyda Krewson’s administration said it would cost $11 million to fix everything inside the CJC — the bulk of which is needed to repair the locks.

As of Thursday, some — but not all of the locks have been fixed. Inmates can still breach many of the locks inside the facility, and roam outside their cells, according to a source who works for the city’s Department of Corrections, but did not want to be identified out of fear of losing their job.

Workers inside believe the inmates are not rioting because most of their privileges, such as family visits and recreation time, have been restored due to loosening COVID-19 protocols, according to the source.

Before the consolidation of the two facilities began, the city housed about 200 federal inmates. Another group was expected to be shipped to other facilities Thursday, leaving only about a dozen federal inmates in St. Louis, according to documents obtained by the I-Team.

Defense attorneys tell the I-Team they now have clients being held at facilities in outstate Missouri as well as in other states.

The federal government paid the city about $7 to $8 million a year to house the inmates.

In a previous interview, Isom said he did not yet know how the city would make up for the loss in revenue, but that sometimes it costs money to do the right thing.

(The Center Square) – A year after Democrat auditor Nicole Galloway’s audit revealed an employee stole $316,887 from the city of Center in northeast Missouri, a follow-up report found only slight … END_OF_DOCUMENT_TOKEN_TO_BE_REPLACED

JEFFERSON CITY, Mo. – The average number of COVID-19 cases is at a seven-week low. The 7-day rolling average for cases in Missouri sits at 1,387; yesterday, it was 1,435. Exactly one month ago, the … END_OF_DOCUMENT_TOKEN_TO_BE_REPLACED

Chad Niezing of Manchester captured the title Sunday in the Missouri Mid-Amateur Championship at Jefferson City Country Club. Niezing opened with a 67 on Saturday before carding a 70 on Sunday to win … END_OF_DOCUMENT_TOKEN_TO_BE_REPLACED

Terri Blevins, 44, registers for help at an event sponsored by the city of St. Louis with the Metropolitan St. Louis Equal Housing and Opportunity Council to assist people with filing their … END_OF_DOCUMENT_TOKEN_TO_BE_REPLACED