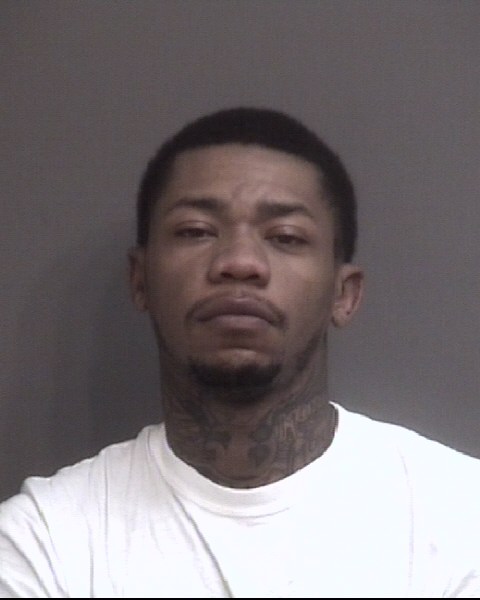 Prosecutors have charged a third man in a shots-fired incident that happened at a busy west Columbia shopping area last week.

Mariquan Midgyett was charged Wednesday with two counts each of armed criminal action and first-degree assault after shots were fired outside a Walmart and a Hy-Vee gas station on West Broadway on May 10. Police arrested him Wednesday with help from Jefferson City police, the Columbia Police Department said in a news release.

Police originally responded to reports of a disturbance at the Walmart parking lot on Broadway just after 8 p.m. May 10 before also getting reports of shots fired in the area.

Witnesses said they saw two men later identified as Gerrod Taylor and Dequan Hughes in an argument with other men in the parking lot, according to police. Taylor got a gun from Hughes and used it to fire at the other men while chasing them through the parking lot, police say.

Shortly after officers arrived, they heard an additional five gunshots come from the area near the Hy-Vee gas station across the street from Walmart, according to a probable cause statement.

After Taylor was arrested, he identified Midgyett and told police that people in a gray SUV fired at him and Hughes near Hy-Vee, according to the probable cause statement.

No injuries have been reported in connection with the incident.

Officers recovered four 9 mm shell casings from that area as well as a video from a doorbell camera that captured the audio of the shots fired and the gray SUV.

In a probable cause statement, police said they found a gun and ammunition consistent with evidence they gathered at the scene when they searched Mariquan Midgyett’s home.

A Jefferson City woman died Saturday after she was thrown out of a boat as it was traveling along the Missouri River.Tanna R. Henson, 48, was pronounced dead at 11:10 p.m. at University Hospital in … END_OF_DOCUMENT_TOKEN_TO_BE_REPLACED

JEFFERSON CITY, Mo. (AP) – Missouri is at risk of losing $4.5 billion in tax revenue and federal funding for Medicaid because of a fight between lawmakers over contraceptives.At issue is a state tax … END_OF_DOCUMENT_TOKEN_TO_BE_REPLACED