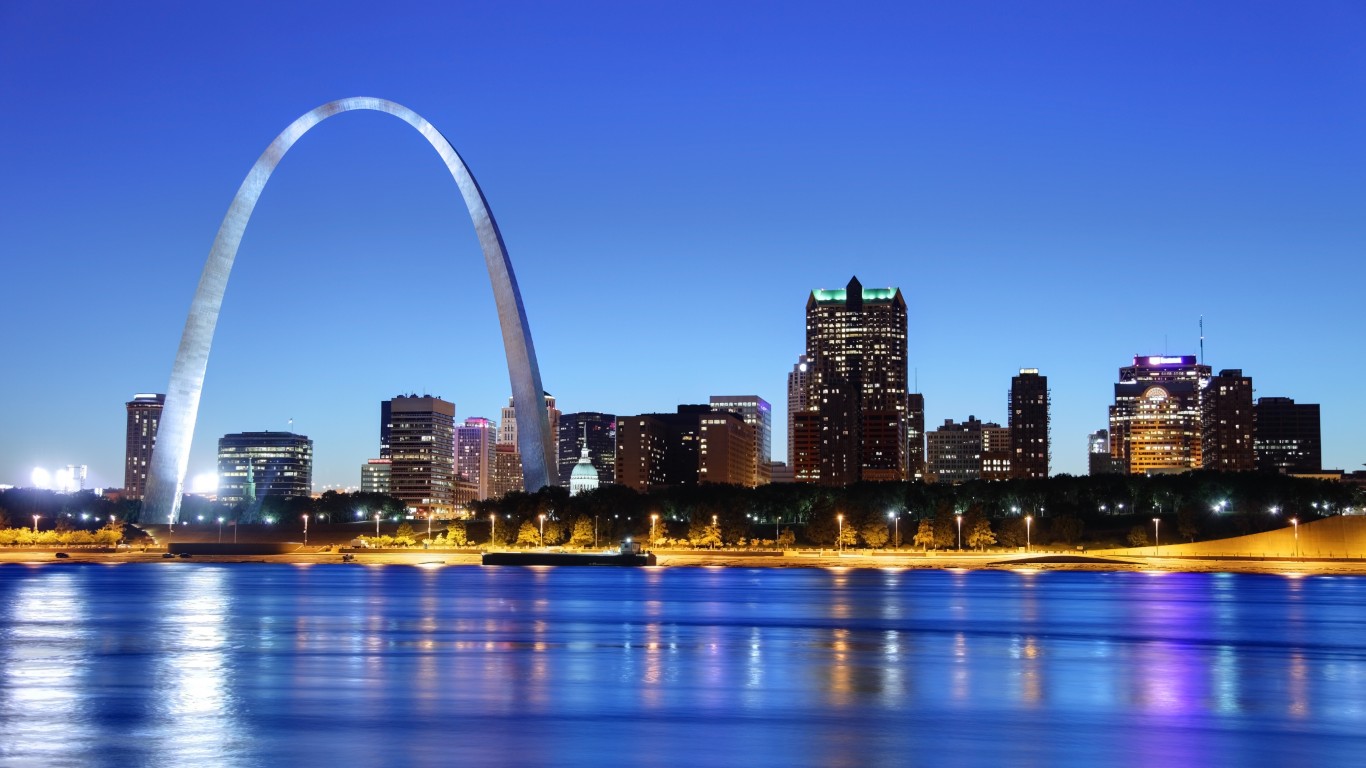 The public health and economic toll the coronavirus pandemic caused are well documented. Perhaps less understood are the social impacts. According to a report from Pew Research Center, young adults in the United States were more likely to be living with at least one parent in July 2020 than at any time since the Great Depression.

The historic numbers of young adults either moving back home or choosing to remain there during the pandemic appears to have been a continuation of a broader trend. According to data from the U.S. Census Bureau, 34.4% of Americans between the ages of 18 and 34 lived with at least one parent, grandparent, or former guardian in 2019 — compared to 31.5% in 2010.

The likelihood of young adults residing with their parents varies considerably from state to state.

Just 28.8% of the 1.4 million people in Missouri who are in the 18 to 34 year age range live at home with parents or grandparents.

Younger Americans in the early stages of their career can save money by living at home, and this option is even more attractive to a broader range of young adults during times of economic hardship, much like the COVID-19 recession. However, Missouri’s economy is faring better than most, as just 4.4% of the labor force are unemployed, compared to 6.2% of all labor force participants nationwide.

To determine the states where the most young adults live with their parents, 24/7 Wall St. reviewed data on family and household type from the Public Use Microdata Sample summary files of the U.S. Census Bureau’s 2019 American Community Survey. States were ranked on the percentage of adults 18 to 34 years old who live with their biological parents, adoptive parents, steparents, foster parents, or grandparents in 2019. Supplemental data on the median age at first marriage of the 15 to 54 year-old cohort came from the Census Bureau’s 2019 ACS. Data on regional price parity used to calculate cost of living came from the Bureau of Economic Analysis and is for 2019.

KANSAS CITY, MO (KCTV5) — The investigation into the police shooting of Malcolm Johnson has cleared another step. The case file for the Missouri Highway Patrol is now in Jefferson City, according … END_OF_DOCUMENT_TOKEN_TO_BE_REPLACED

Progress is slow on redeveloping the area around Capitol Avenue, but the revitalization of the Capital City’s historic corridor is starting to show the results of some much needed love.The East … END_OF_DOCUMENT_TOKEN_TO_BE_REPLACED

A new gaming venue in Jefferson City is hoping to create a safe, comfortable space for all local gamers to enjoy.Mimics JC held a soft opening last weekend at its new spot at 312 Lafayette St. as the … END_OF_DOCUMENT_TOKEN_TO_BE_REPLACED