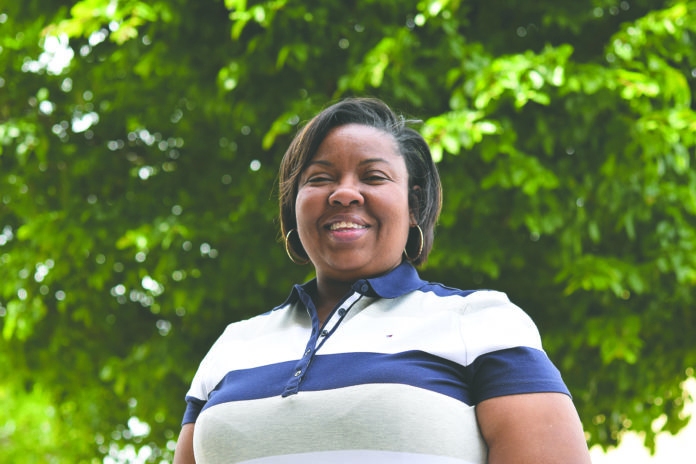 Jacksonville’s new Ward 1 alderman wants things in her neighborhood to be different. “I’m really involved with the community and I was just noticing that in my area nothing seems to change, it’s always the same,” Darcella Speed said. “We really do need a change around here.”
Speed, 46, a longtime Jacksonville resident, was elected April 6 and was sworn in and attended her first City Council meeting as an elected official May 10.

It is her first foray into politics.

“Until I decided to run for office, I never even knew who the alderman was for my area,” Speed said. “I thought about running before, but I was like, ‘What can I do in that position?’”

If you have a suggestion about someone who should be profiled, send their name and any contact information available to communitynews@myjournalcourier.com.
See MoreCollapse
Speed began to think seriously about running for alderman when she went to vote in the November general election and had a discussion with Polly Williams of the Jacksonville branch of the NAACP.

“I told her I had thought about running before, I knew there was a need, and she said, ‘You really need to think about it,’” Speed said. “I just happened to be somewhere and somebody else brought it up again.

“I was hearing it so much, so I thought maybe I should look into it again. Then things just started falling into line, people started contacting me and said if I was interested, they would definitely support me.”

Speed campaigned throughout Ward 1, which encompasses Jacksonville’s northeast side. Because of the COVID-19 pandemic, she always wore a mask and most of the people she met did, too. Although “it seemed like every day I decided to canvass was just a beautiful day,” Speed heard much of the same concerns from residents.

“They would tell me nothing happens over here, they forget about this area of town, look at these buildings, we do not have any businesses over here,” Speed said.

Speed also heard about concerns about vehicles speeding along Walnut Street and East Independence Avenue and witnessed that behavior as she was campaigning in the neighborhood.

“I noticed how cars were just speeding through there, and little kids were crossing the street,” Speed said. “I had people stop me and say, ‘Something needs to be done about this.’ Even while we were standing there talking cars were speeding by.”

Speed also would like to see an area cleanup performed in the First Ward and will work with her fellow city council members to accomplish it, she said.

Speed received some support from groups like the Morgan County Democrats as she campaigned. One of Speed’s campaign initiatives involved distributing 100 Easter baskets in front of Minnie Barr Park along East Walnut Street.

Speed has helped “wherever I can” in the community by volunteering with the Spirit of Faith Soup Kitchen, with the Community Temple Church of God in Christ food distribution program and at the Passavant Area Hospital information desk. She was a part of the United Way board for many years.

Speed’s family moved to Jacksonville when she was 8. She attended Jefferson Elementary School in second grade and then Our Saviour School. Speed graduated from Jacksonville High School in 1992 and attended Lincoln University in Jefferson City, Missouri. She has been employed at Blue Cross-Blue Shield’s Jacksonville office for 23 years and is a customer service supervisor. Speed has three children and three grandchildren.

Speed is the only Black member of the city council and wishes more people would become involved in local government.

“Once people learn more about what needs to be done in the city and that anyone can be a part, I think it will draw more interest,” Speed said. “I think there should be representation for everybody. It is not just an African American ward. I really wish more people would become involved.”

Speed admitted she was “a little bit nervous” at the beginning of the process but is confident and ready to embark on this new endeavor.

“I’m just excited and looking forward to getting my hands in there and getting the work done,” Speed said. “There’s a lot to learn and a lot to do.”

In an effort to better represent the needs and interests of all area residents, a member of Representative Vicky Hartzler’s staff, Lauren Mann, will be available at the St. Clair County Courthouse to … END_OF_DOCUMENT_TOKEN_TO_BE_REPLACED

Demand for e-commerce options in retail was already growing before the pandemic, but growth in the sector accelerated during COVID-19, pushing retailers to embrace new shopping methods to reach … END_OF_DOCUMENT_TOKEN_TO_BE_REPLACED

There is no doubt that business ownership can be a messy experience full of hurdles to overcome on a daily, weekly and yearly basis. But do you find yourself running into the same hurdles over and … END_OF_DOCUMENT_TOKEN_TO_BE_REPLACED