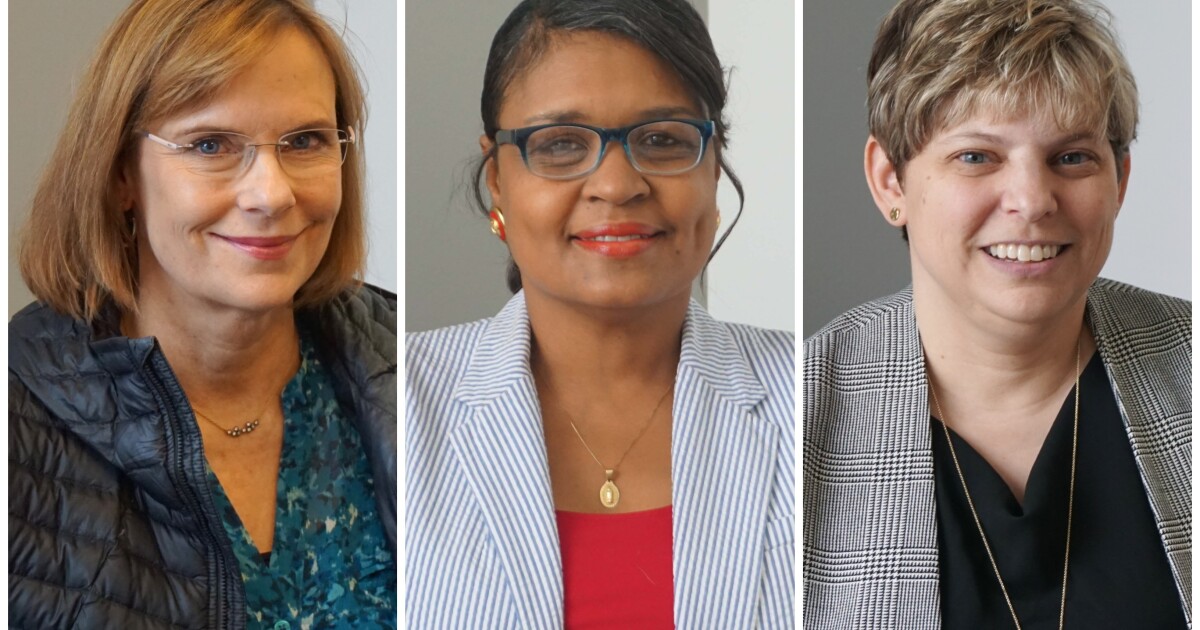 This interview will be on “St. Louis on the Air” at noon Wednesday. This story will be updated after the show. You can listen live.

In July, Clayton attorney Eugene Fahrenkrog Jr. earned national headlines for doing the one thing all legal experts agree you should never, ever do: He allegedly cursed out a judge during a hearing — and was sentenced to a week in jail for it.

But the journalists covering the apparent shocking breach of courtroom etiquette missed a key detail: Fahrenkrog wasn’t actually in the courtroom for the motion hearing, but rather connected to the judge via Webex. And as Fahrenkrog’s attorney would soon outline in his appeal, the hearing had ended and Fahrenkrog thought he’d disconnected when he uttered the expletive in question. It was only when he heard St. Louis County Circuit Court Judge John Borbonus ask “what did you say?” that Fahrenkrog realized he was still on the call.

Fahrenkrog quickly apologized, both on the call and in a subsequent email. He also hired an attorney to push back on the warrant ordering his arrest and detainment.

Attorney Michael Gross argued that Judge Borbonus overstepped by immediately issuing the warrant without giving him any chance to answer for it and prepare a defense. Fahrenkrog’s appeal was filed on July 20. Court records show the case was sent to mediation and that the judge later vacated his contempt order. With that, Fahrenkrog faces no further threat of sanctions for the matter.

On Wednesday’s St. Louis on the Air, a panel of expert attorneys will dig into the criminal contempt case against Fahrenkrog — as well as a host of other matters involving the judicial system. Former St. Louis Circuit Attorney Jennifer Joyce, attorney Nicole Gorovsky and attorney Connie McFarland-Butler will discuss whether the virtual nature of Fahrenkrog’s interaction with Judge Borbonus matters in the case — and what state law says about what steps judges must follow when holding attorneys in contempt.

Have a question or comment for our Legal Roundtable? Tweet us (@STLonAir), send an email to talk@stlpr.org or share your thoughts via our St. Louis on the Air Facebook group, and help inform our coverage.

“St. Louis on the Air” brings you the stories of St. Louis and the people who live, work and create in our region. The show is hosted by Sarah Fenske and produced by Alex Heuer, Emily Woodbury, Evie Hemphill and Lara Hamdan. The audio engineer is Aaron Doerr.

(The Center Square) – A year after Democrat auditor Nicole Galloway’s audit revealed an employee stole $316,887 from the city of Center in northeast Missouri, a follow-up report found only slight … END_OF_DOCUMENT_TOKEN_TO_BE_REPLACED

JEFFERSON CITY, Mo. – The average number of COVID-19 cases is at a seven-week low. The 7-day rolling average for cases in Missouri sits at 1,387; yesterday, it was 1,435. Exactly one month ago, the … END_OF_DOCUMENT_TOKEN_TO_BE_REPLACED

Chad Niezing of Manchester captured the title Sunday in the Missouri Mid-Amateur Championship at Jefferson City Country Club. Niezing opened with a 67 on Saturday before carding a 70 on Sunday to win … END_OF_DOCUMENT_TOKEN_TO_BE_REPLACED

Terri Blevins, 44, registers for help at an event sponsored by the city of St. Louis with the Metropolitan St. Louis Equal Housing and Opportunity Council to assist people with filing their … END_OF_DOCUMENT_TOKEN_TO_BE_REPLACED